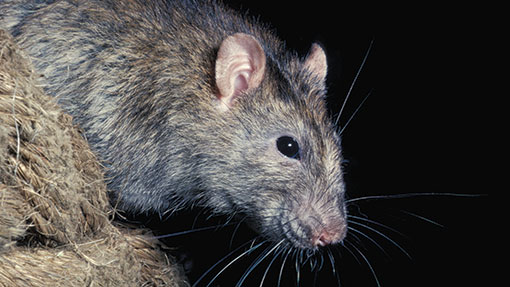 Farmers may soon be required to undergo training in baiting rats amid concerns from wildlife groups that improper use of poisons is putting wild mammals and birds, including listed species, at risk.

Rat poison, known as rodenticides, can currently be bought and used, without any formal training, on farms and holdings, and conservationists claim their labelling is misleading.

But the government is coming under mounting pressure from wildlife groups such as the RSPB to introduce regulations to limit their use.

Studies have claimed that rat poison is toxic to non-target species including stoats, barn owls, red kites and kestrels that inadvertently ingest these chemicals by eating small mammals, .

Under proposals being considered for a new industry-led stewardship regime, farmers would have to pass a basic training course to apply second-generation anticoagulant rodenticides (SGARs) on farms and holdings.

And as part of government plans to curb the liberal use of rodenticides, only certified users – people who have obtained professional competence to use rodenticides – would be allowed to buy larger packs of SGARs, for example 5-10kg buckets, for “professional use against rats and mice” on farms.

However, it is proposed that individual bait packs for non-professional use should not exceed 1.5kg.

NFU vice-president Guy Smith said: “Farmers need to control rats on their farms for the benefit of everyone and suggesting they need to go on training courses to do so is a complete overreaction.

“While we encourage farmers to use rodenticides responsibly so they are not picked up by non-target species, we think this is covered by assurance schemes and the instructions on the packs. There is no need to require farmers to jump through yet more hoops.”

An HSE spokesman said: “While the use of rodent poisons is necessary in some circumstances, we are aware of concerns about the risk this can pose to wildlife, and especially predatory birds.

“We have asked the Campaign for Responsible Rodenticide Use (CRRU) to develop proposals for an industry-led stewardship regime to ensure these poisons are used responsibly.”