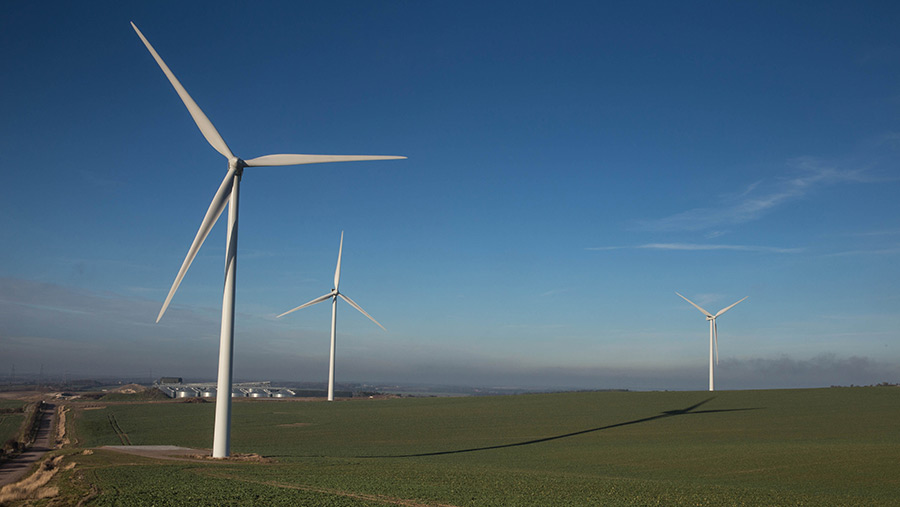 Farming and food can be part of the climate change solution, rather than the problem, Green MEP Molly Scott Cato has said.

The report says limiting global warming to 1.5C will require rapid, far-reaching and unprecedented changes in all aspects of society.

It says global net human-caused emissions of carbon dioxide would need to fall by about 45% from 2010 levels by 2030, reaching “net zero” around 2050.

Renewables are estimated to provide up to 85% of global electricity by 2050, coal is expected to reduce to zero and up to seven million sq km of land will be needed for energy crops.

If warming is not contained to 1.5C nearly all of the planet’s coral reefs will die, droughts and heatwaves will continue to intensify, and an additional 10 million people will face increased risks from rising sea levels, including deadly storm surges and flooded coastal zones.

Ninety-one authors and review editors from 40 countries prepared the IPCC report in response to an invitation from the United Nations Framework Convention on Climate Change (UNFCCC) when it adopted the Paris Agreement in 2015, which included the aim of strengthening the global response to the threat of climate change.

Dr Scott Cato, a member of the European Parliament’s Agriculture Committee, said that making organic and sustainable farming methods the norm could transform farming from a major emitter of greenhouse gases to becoming a sector which could capture up to 100% of global annual carbon emissions in soils and plants.

“The report makes clear that changing the way we use land and produce food is key to tackling climate change. This will also improve soil quality, biodiversity and animal welfare,” Dr Scott Cato said.

Increasing afforestation and reforestation was also key to solving the issue, she said.

However, more controversially, the MEP has called for a move towards consuming less meat and dairy and replacing these products with plant-based alternatives.

Liz Bowles, head of farming at the Soil Association, agreed that a move towards organic farming and agroforestry could be the answer.

She said: “A shift towards less but better meat and dairy consumption and production is also needed, alongside dramatic cuts to food waste and a focus on shortening supply chains.

“Climate change should be a top priority for Defra ministers, so it’s deeply worrying that just one line of the Agriculture Bill refers to the possibility of future support for cutting greenhouse gas emissions.”

Panmao Zhai, co-chair of IPCC Working Group 1, said: “One of the key messages that comes out very strongly from this report is that we are already seeing the consequences of 1C of global warming through more extreme weather, rising sea levels and diminishing Arctic sea ice.”

The report says that limiting warming to 1.5C will involve “annual average investment in the energy system of around $2.4 trillion [£1.8 trillion]” between 2016 and 2035.

Jennifer Morgan, executive director of Greenpeace International, said: “The world is on fire. In order to avoid more of these tragic fires, severe storms and loss of life, the world must halve global emissions in the next decade. This is a huge challenge, but it is doable and the costs of not following the right path are a matter of life and death to millions around the world.”

NFU deputy president Guy Smith said: “We are already starting to see the effects of global warming and this year’s extreme weather events have served to remind us how vulnerable farming is to a changing climate.

“Around two fifths of farmers and growers have already diversified to produce clean, low-carbon renewable energy and many are taking measures to reduce greenhouse gas emissions.”

The agriculture sector has been told by the Committee on Climate Change that it must work harder to reduce greenhouse gas (GHG) emissions.

In a report released in January the committee said there has been no progress in reducing agricultural GHG emissions over the past six years, despite the requirement of a 36% reduction in UK emissions from 2016 to 2030.

However, NFU Cymru has expressed concern at how the Welsh government has approached consulting on achieving this.

Cardiff’s “Achieving our low-carbon pathway to 2030” consultation, which closed on Thursday (4 October), proposes 66,000ha of additional tree planting at a rate of 2,000ha to 4,000ha each year on Welsh land – 90% of which is suggested to come from afforestation, with 10% taking the form of agro-forestry.

Commenting on the proposals, NFU Cymru rural affairs board chair Hedd Pugh said: “The Welsh government woodland estate extends to 126,000ha currently. The average farm size in Wales is 48ha. To achieve afforestation on the scale proposed will require the complete afforestation of some 1,400 farms in Wales.”

He added: “It is highly concerning that Welsh government appears to have made no assessment of impact on the farming families affected, our rural communities and the economy or indeed the environment by opting not to publish a regulatory impact assessment alongside the consultation.”