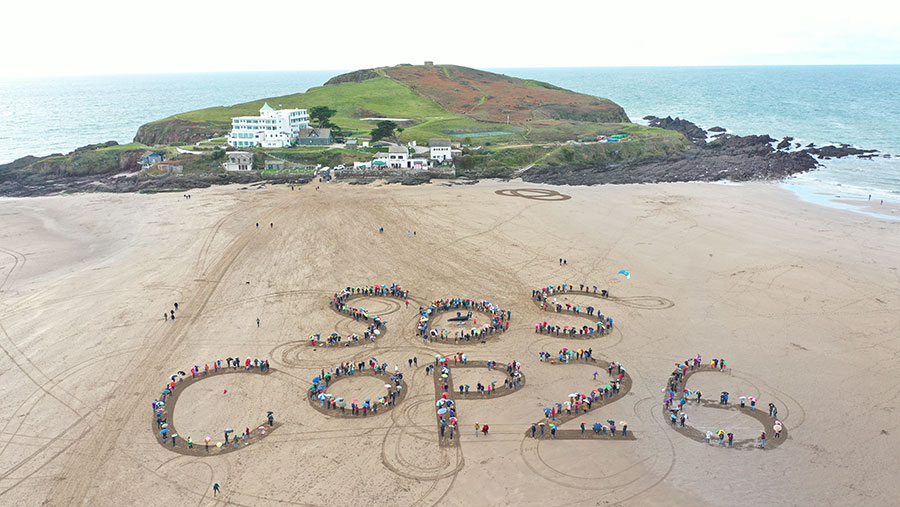 Devonshire farmer John Tucker took his Ford 5000 tractor and cultivator onto the sands at Bigbury-on-Sea on Saturday 6 November) to send a clear message to policymakers attending the COP26 climate change talks in Glasgow.

Mr Tucker, who farms 265ha of organic vegetables, cereals, lamb and beef with his daughter, Cathy Case, at Mount Folly Farm, Bigbury, carved the message “SOS COP26” at low tide, to highlight the importance of changing weather patterns to his business and the local community.

In particular, Mr Tucker – a former coastguard – urged people to focus on local rather than global supply chains.

“Do what you can in your local community to produce, buy and live a simpler life, which respects nature and protects the future of our planet,” he said.

Climate change was already affecting his family’s farming business, Mr Tucker added, pointing to things like the export of coal from Australia to be burned in power stations in China as one causal factor.

The action was part of a wider demonstration by local group Bigbury Net Zero, intended to raise awareness of the climate change “catastrophe”, and demand action by communities, businesses and governments to reduce greenhouse gas emissions.

Another farmer to highlight the climate change challenge is Meryl Ward, who farms at Grayingham Grange Farm, near Gainsborough, Lincolnshire.

The farm’s 2021 maize maze included a giant COP26 image and incorporated a quiz for members of the public, to help inform them of all the efforts the business is making to reduce emissions and work towards achieving net zero. 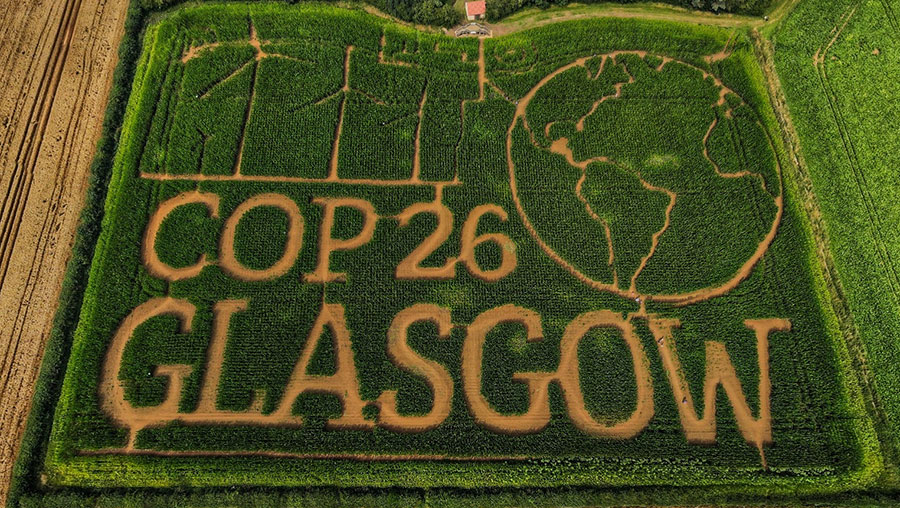 “We are primarily pig producers and member of the Sainsbury’s development group, which is doing a lot to help reduce our carbon footprint,” said Ms Ward.

The quiz was based on information contained on boards within the maze, highlighting things like the use of renewable energy on the farm, the treatment of slurry to capture ammonia and the incorporation of organic matter in soil to sequester carbon.

“It was a bit of fun and educational for our maize maze visitors,” said Ms Ward, who explained that the maize has now been harvested to make silage for feedstock for the anaerobic digester, which powers the farm electrical and heating systems.