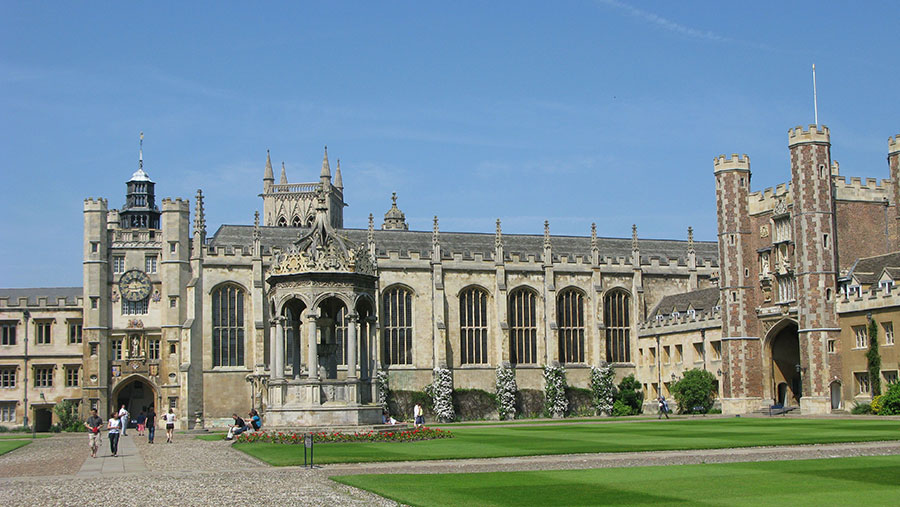 Farmers have criticised the University of Cambridge for its policy of removing beef and lamb from student menus, branding it as “simplistic” and “virtue signalling nonsense”.

The decision to cut back on ruminant meat in the 14 eating outlets serviced by the University Catering Services (UCS) was taken in October 2016 as part of a so-called sustainable food policy.

To encourage changes in customers’ behaviour, UCS increased the number and variety of vegetarian and vegan options at the same time as removing ruminant meat.

They also used “nudge” techniques, including placing the vegetarian and vegan options before the meat options, and changing how food options were labelled.

“The university’s catering managers have, in a very short time, dramatically reduced the environmental footprint of their operation by removing ruminant meat from its menus, lowering food waste and eliminating unsustainably harvested fish,” said Andrew Balmford, professor of conservation science at the University of Cambridge

“It is hard to imagine any other interventions that could yield such dramatic benefits in so short a span of time.”

A typical menu at the university centre’s main dining hall

But farmers have hit back. NFU vice-president Stuart Roberts said: “Reducing greenhouse gas emissions is a challenge for each and every one of us, but banning all beef and lamb, regardless of where and how it is produced, is too simplistic an approach.”

He said British beef and lamb was among the most efficient and sustainable in the world due to the UK’s extensive, grass-based systems, meaning our greenhouse gas footprint is two-and-a-half times smaller than the global average.

“It is good that schools and universities are looking at how they can play their part in the climate change challenge, but it is not a case of simply removing meat from the menu,” he said.

“Instead, they should be considering their sourcing; where their produce has come from and the sustainability of production.”

Grassroots farmers have also been venting their anger on Twitter.

Welsh farmer Gareth Wyn Jones posted a video in which he questions the University of Cambridge’s sourcing policy and said there was nothing more sustainable than locally grown, seasonal, grass-fed beef and lamb.

“An ounce of common sense is better than any Oxford or Cambridge education,” he added,

A little message to @Cambridge_Uni let’s get our house in order and support seasonal local grass fed livestock and veg . @BBCNews pic.twitter.com/FzjWD0zEIW

Nottinghamshire-based @HomeFarmMagpie accused the University of Cambridge of “absolute #greenwashing”

Absolute #greenwashing – would have expected better from a 'leading' university. Are you now going to limit entry to English students to decrease carbon footprint from international flights? I thought not. Get educated agriculturally and choose sustainable local beef and lamb.