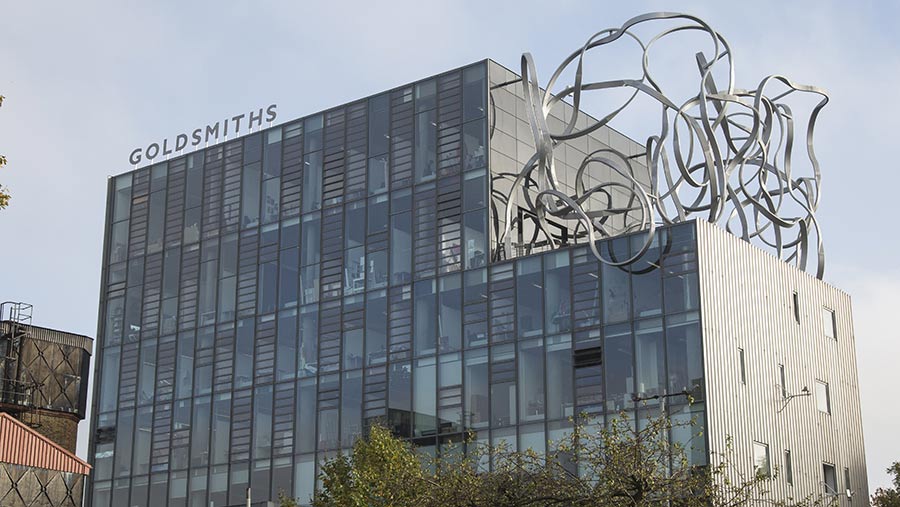 Industry leaders have condemned a London university which has banned the sale of beef products on its college campus.

Goldsmiths, University of London said it was banning beef burgers from the start of the new academic year as a measure to tackle climate change.

The ban was announced by the college’s new warden, Frances Corner, as part of a drive to cut carbon use across the university.

All beef products will be removed from sale in campus food outlets by the start of the academic year in September.

Other measures include a 10p levy on bottled water and single-use plastic cups, with the proceeds directed into a green student initiative fund.

Prof Corner said a comprehensive action plan would be drawn up in consultation with staff and students to enable the college to reduce net carbon emissions to zero within six years.

She added: “The growing global call for organisations to take seriously their responsibilities for halting climate change is impossible to ignore.”

Goldsmiths’ new Warden Professor Frances Corner has announced an ambitious drive for the College to be carbon neutral by 2025.

The plan includes the removal of all beef products from campus outlets and a 10p levy on plastic bottles https://t.co/sYRHZ0gxxa

Staff and students cared passionately about the future of the environment, she said, and they were determined to help deliver the step-change needed to cut the organisation’s carbon footprint.

“Declaring a climate emergency cannot be empty words,” she said.

“I truly believe we face a defining moment in global history and Goldsmiths now stands shoulder to shoulder with other organisations willing to call the alarm and take urgent action to cut carbon use.”

Beef farmers have reacted angrily to the decision.

NFU president Minette Batters – a beef producer – said agriculture was the only industry that was both a carbon source and a carbon sink.

Tweeting her frustration, Ms Batters asked: “Why can’t everyone focus on the serious challenges like our clothing, technology, cars, holidays. Food waste?

The NFU has its own goal for carbon emissions from British agriculture to be net zero by 2040 – a full decade ahead of the government’s target of 2050.

Agriculture is the only industry that is both a source and a sink. So why can’t everyone focus on the serious challenges like our clothing, technology, cars, holidays. Food waste? https://t.co/vhYtkj0Lbr

AHDB Beef and Lamb chairman Adam Quinney said it was ironic that the fashion industry had a bigger carbon footprint than the UK beef sector.

Bans on other activities would be more appropriate, he suggested.

I wonder are Goldsmith’s planning on banning staff & students from flying, owning a car and buying clothes? Some of the major causes of GHGs…. So disappointed in this stunt https://t.co/cj1hQxWIiG