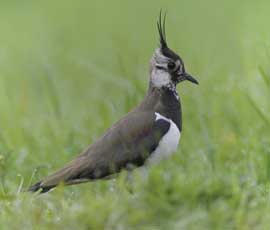 Wildlife campaigners have been actively campaigning for their supporters to vote ‘yes’ in a Farmers Weekly poll about whether it is right to transfer 15% of direct payments to fund green schemes.

Each week Farmers Weekly runs a Question of the Week on its website which poses a topical question to its farmer readers.

This week the question is: “Is it right to transfer 15% of direct payments to fund green schemes?”

The poll question went live on Thursday 24 October and for the first few days more respondents were saying ‘no’ than ‘yes’.

Yet over the past two days that situation has been reversed.

Suspicions that campaigners had been trying to drum up support for a ‘yes’ vote have been confirmed by an email, seen by Farmers Weekly, from a member of the staff at the RSPB.

The email says the RSPB would like to see the money transferred as it would help birds and other wildlife.

“If you agree –  perhaps you’d care to cast a vote, and maybe ask your contacts to do the same,” it says.

Former RSPB conservation director Mark Avery has also repeatedly tweeted his social media followers urging them to get involved too.

His message reads: “Is it right to transfer 15% of direct payments to fund green schemes? Yes it is!”

Currently the poll stands at 61% saying ‘yes’ to the transfer of funds and 28% saying ‘no’.

Environmental groups are currently lobbying the government to make sure that the maximum amount is shifted from Pillar 1 of the CAP (direct payments) to Pillar 2 (rural development) in order to keep up investment in agri-environment schemes.

The issue is controversial as farm leaders are arguing that shifting 15% across will leave farmers at a competitive disadvantage.

The NFU has also tweeted its followers urging them to vote in the poll.

Call for direct payments to be cut by 15%