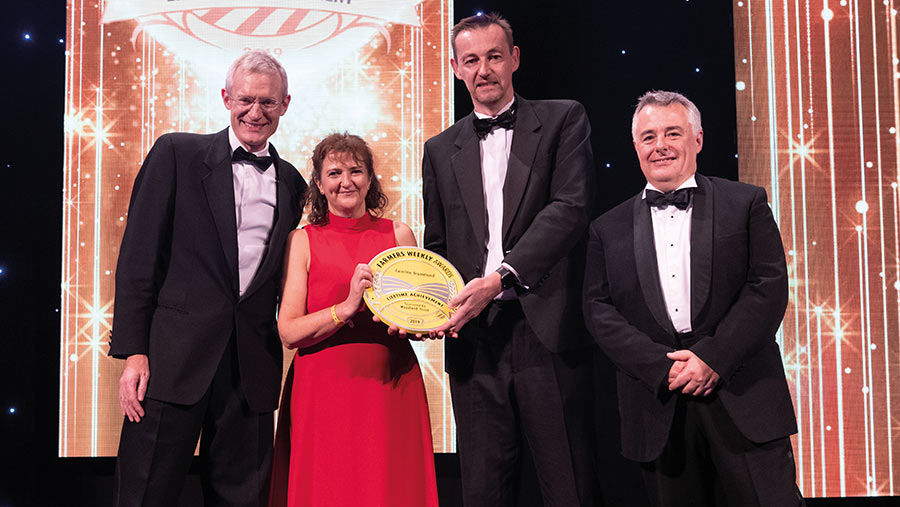 Caroline Drummond, 58, champion of sustainable farming and the driving force behind Open Farm Sunday, has passed away following a short illness.

An announcement from Linking Environment and Farming (Leaf), the organisation she helped develop and led for more than 30 years, announced the news on Tuesday 24 May “with profound sadness”.

Leaf chairman Philip Wynn said Caroline was “an inspiration” and praised her “passion, determination, foresight and energy” that had transformed Leaf from its small beginnings 30 years ago to the “globally recognised and respected organisation it is today”.

“There really are no words to express how much Caroline will be missed within Leaf and the farming industry; but most deeply by her family, to whom we extend our greatest sympathy,” said Mr Wynn.

From its humble beginnings in 1991, Leaf had grown under Caroline’s leadership to become a hugely influential organisation, both by encouraging more sustainable farming practices and by improving public understanding of agriculture.

One of Leaf’s flagship events is, of course, Open Farm Sunday, which each year connects more than one-quarter of a million people with farming.

But another of Caroline’s huge achievements was leading the Leaf Marque initiative – a farm assurance system recognising products grown sustainably with care for the environment.

She also led the successful merger with the charity Farming and Countryside Education (Face), to bolster the organisation’s educational role.

Caroline was awarded an MBE for her services to agriculture in 2009, and in 2019 she won the Farmers Weekly Lifetime Achievement Award.

Speaking at the time, Woodland Trust chief executive Darren Moorcroft described Caroline as “relentless” in bringing greater sustainability to food and farming, and “passionate” about educating the public about farming.

An agriculture graduate from Seale-Hayne College in Devon, Caroline was also a Nuffield scholar and was named one of the Women Economic Forum’s “Women of the Decade”.

Farmers have been quick to express their gratitude for the work Caroline did for the industry.

“Caroline was first and foremost passionate about environmentally-friendly farming. She recognised how food production worked hand-in-hand with the environment and was a fantastic advocate for integrated farm management.”

Defra secretary George Eustice said: “Caroline’s establishment and leadership of Leaf was instrumental in driving forward sustainable farming practices throughout the UK and beyond. Her development and promotion of the Leaf Marque Standard has cemented its status as a globally recognised certificate of excellence.

“She will be sorely missed.”

Norfolk farmer and Farmers Weekly columnist David Richardson, who co-founded Leaf in the early 1990s, described her as “a force of nature”.

“By her enthusiasm and energy, she led Leaf from a small charity advocating integrated farm management to an influential organisation with contacts around the world.

“Leaf now operates in 19 countries, and 48% of the fruit and vegetables consumed in the UK are produced to Leaf Marque standards.

“I was there at the beginning and had the privilege of working with her. Her achievements exceeded my optimistic vision. Her loss at such a young age is tragic and will be felt by the whole farming and food industry.”

Suffolk arable farmer Andrew Blenkiron added: “It is a really sad loss. Her energy and enthusiasm for Leaf and the agricultural industry was phenomenal. She will be greatly missed.”