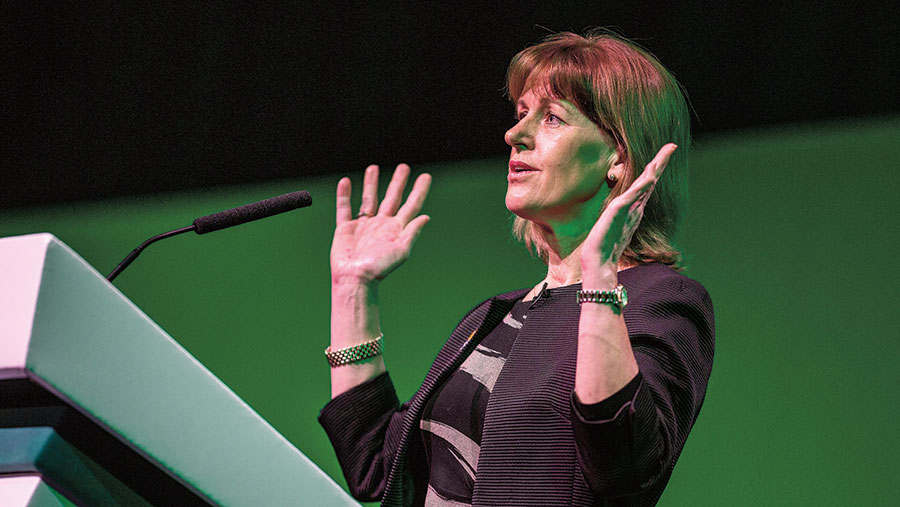 A focus on food and the environment is vital for farmers to win government support for agriculture, NFU leader Minette Batters has warned.

Speaking at an NFU Council meeting, Ms Batters said politicians and consumers failed to grasp the significant contribution made by farmers – unless it was couched in terms they understood. That meant reframing the arguments put forward by the industry, she added.

As well as producing good, healthy food to the high standards expected by British consumers, farming had a key role to play in terms of mitigating climate change, Ms Batters told the meeting at Stoneleigh Park on Tuesday (25 June).

Some 86% of the public believe future trade deals must ensure imported food is produced to the same standards as in the UK, according to a OnePoll survey commissioned by the NFU. This demonstrated the value placed by the country on its food and farming industry.

It was for this reason that the NFU was asking why the government had yet to lay out its plans to maintain British farming standards in any future trade deals after the UK leaves the European Union, she added.

Highlighting the survey findings, Ms Batters said: “Shoppers tell us they simply will not tolerate the government signing post-Brexit trade deals that would see food on supermarket shelves that would be illegal to produce here.”

The NFU was also determined that agricultural production should not be curtailed as the UK’s net-zero policy sought to eliminate carbon emissions by 2050 – a goal which the NFU believes farming can achieve a full decade earlier by 2040.