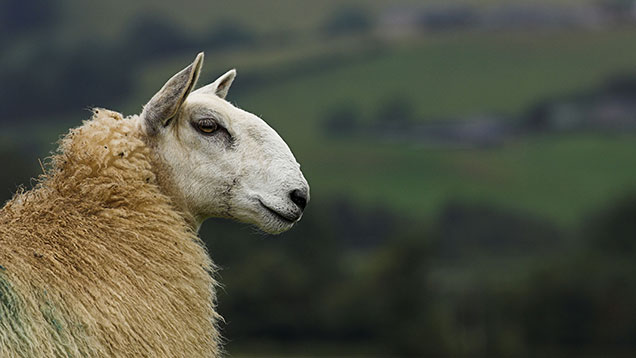 More than 100 Welsh hill farmers have launched a legal challenge over changes to direct payment rules which they say will lead to an “economic cleansing” of the uplands.

The group, which calls itself Fairness for the Uplands, is applying for a judicial review of the Welsh government’s decision to introduce a 400-metre altitude line which will split Wales’ moorland in two.

The outcome will be that 45% of Welsh moorland under 400m will receive 89% of the money allocated to the moorlands.

The group said hundreds of hill farmers faced losses of tens of thousands of pounds due to the proposals, potentially making many hill farms unviable.

Sheep farmer Tony Davies, who farms 680ha in the Elan Valley, Powys, said his support payments would be over 50% lower under the new scheme.

“The unfairness of the proposal is already creating huge rifts between neighbouring farms within mountain areas due to the huge shift of money,” he said.

“In some cases, farmers on the same mountains with identical habitats will receive 10 times less support per hectare than their neighbours.”

Mr Davies, who together with more than 100 other farmers has raised the money to fund the legal action, said the rules would put hill farmers at a competitive disadvantage both locally and nationally.

“The unfairness of the proposal is already creating huge rifts between neighbouring farms within mountain areas due to the huge shift of money.”
Sheep farmer Tony Davies

The group had spoken to former farm minister Alun Davies who understood the devastating effect the proposals would have on Wales’ upland areas and made a commitment to help us, Mr Davies added.

However, since the minister was replaced by deputy farm minister Rebecca Evans, the government’s response had left them no choice but to take legal action.

“We have invited Ms Evans to visit mid-Wales to discuss our concerns and correct Mr Davies’ mistakes, but she hasn’t responded.

“We’ve been left with no choice than to take legal action.”

A Welsh government spokesman said the administration was aware of the application for a judicial review but was unable to comment until the legal process had run its course.