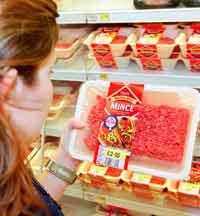 DEFRA proposals to rethink the way the UK produces and consumes food have been met with a mixed response by the industry.

Carl Atikin, head of research at Bidwells Agribusiness, said the consultation finally moved the sustainability debate beyond a simple discussion about greenhouse gas and carbon footprints.

However he warned the food security argument should not be used as a reason to prop up unviable sectors of the industry.

“Food security should not mean self-sufficiency,” he said. “Strong and well-developed agricultural markets and robust international food systems which are not distorted by protectionism and artifical barriers are the solution to the global food security issue.

“The UK has a leading role to produce those products in which it is world competitive.”

The Agricultural Biotechnology Council backed the government’s plans to look at GM as a solution to the food security issue.

“Agricultural biotechnology, particularly the use of GM, cannot alone solve these massive challenges, but it can be a significant part of the solution,” said ABC chairman Dr Julian Little.

But Friends of the Earth criticised DEFRA’s failure to intrdoduce decisive policies to tackle the food industry’s environmental impacts and lambasted ministers for “fixating” on GM crops.

“Although it has recognised the need to cut carbon emissions from the food industry, the government has neglected to set out plans for the most damaging sector – meat and dairy – which creates more climate-changing emissions than all the world’s transport,” said Clare Oxborrow, FoE senior food campaigner.

“We should support farmers in the UK to produce planet-friendly food that will boost the economy, cut carbon emissions and improve food security.”

Farmers have also been sceptical of the proposals.

Writring on the FWi forums, Glasshouse said they were “total poppycock”, while Herself said she was “disgusted” by the government’s cheek to ask farmers to produce more when it had done so much damage to the industry.

Townie wondered how DEFRA was planning to achieve higher levels of UK production in the face of set-aside and giving land up for access rights while facing stricter legislation and rising costs.

“What I think is important is that we all get involved in the consultation and make our views – positive and negative – very clear,” he said.

“I take the point that this government is in it’s dying days …or so it seems. But we have nine months or so yet until an election and a lot can happen. I would be gutted to find that I’d sat on my hands believing in one outcome and the opposite came about. “

What do you think? Have your say in the forums.