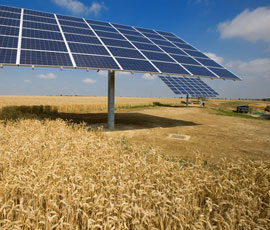 Plans for further cuts to the Feed-in Tariff support for solar from this summer look set to be delayed.

The Solar Trade Association recently wrote to the government asking for a delay to the proposed 1 July tariff cuts after solar deployment figures revealed the market had stalled since 1 April, when new energy efficiency criteria and revised tariffs came into effect.

It said total installed capacity for the past four weeks was 17MW, against a four-weekly average of 71MW over the past year.

A Department of Energy and Climate Change spokesperson today (18 May) confirmed that: “Having listened carefully to the industry we are reviewing the date for the next reduction in solar tariffs and will be making a fuller announcement shortly.”

STA chief executive Paul Barwell said it was very encouraging that the government was listening to industry concerns, but said urgent certainty was needed on the details of when and what the next tariff adjustments would be.

“There are two great reasons for homeowners to invest in PV today: The costs of solar power have fallen through the floor and our energy bills are going through the roof,” he said.

“We are facing an unusual set of challenges right now and it is fundamentally a problem of confidence and perception,” STA chairman Alan Aldridge added. “We need all champions of solar – in government, industry and elsewhere – to help us get the message out that solar is still a great investment, particularly with energy bills on the rise again.

“But we also need government to show real sensitivity to the current situation and work with us to create a stable and growing market.”