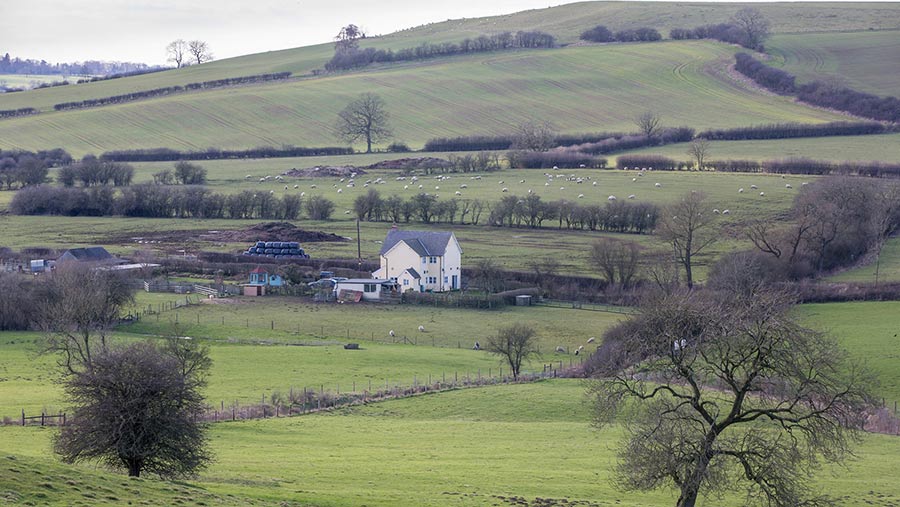 Farmers have been told there is still “a long way to go” before the carbon trading market is fit for purpose as part of agriculture’s solutions to mitigate climate change.

George Dunn, chief executive of the Tenant Farmers Association, said there is a big opportunity to monetise lower carbon farming, but the technology used to measure carbon capture needs to be developed further.

“At the moment, there are a number of carbon calculators, but there is a major difference in how they operate and they produce different answers, which currently isn’t helpful,” said Mr Dunn.

“Farms have got a lot to offer in terms of the carbon story, so in the soil, in the grassland in terms of the photosynthesis, in the hedgerows, in the trees, there is an awful lot the farmer can contribute.”

Carbon accounting is increasingly popular as farms look to positively affect productivity and their bottom line.

But for the tenanted sector, Mr Dunn said there are some big questions that need answering.

“You might have a tenanted holding where the landlord has reserved trees out of the agreement, so who has the responsibility for monetising the carbon that the trees might be taking?

“You might have an agreement which is five years, but what about the soil that the landlord has provided for the generations before you took the tenancy?

“I think there is a quickly emerging degree of understanding about these issues, but there is a long way to go before this market becomes as mature as it needs to be.”

Mr Dunn was speaking at a virtual farm debate on Thursday (13 May) organised by The Worshipful Company of Farmers, which works to promote and improve UK agriculture.

Helen Browning, chief executive of the Soil Association, said there were also questions about how much you tax and how much you incentivise carbon credits.

“If we can get soils to sequester carbon, it has huge benefits both for resilience to climate change and also to mitigating climate change. There are nerves about permanence in terms of soil because, unlike a tree which is likely to stay there for years, farmers can go and plough those soils again and release the carbon again.

“If we are going to get carbon credits on sequestration in soils, how are we going to make sure that is going to stay there and not be released in a few years time?”