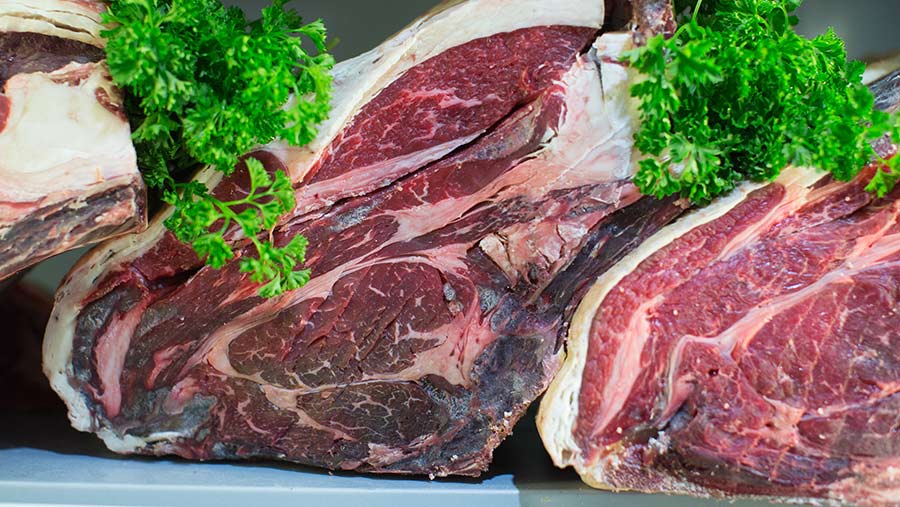 Stricter government targets on climate change will not include forcing people to eat less meat or dairy.

The new government target is to cut greenhouse gas emissions by 78% by 2035, compared with 1990 levels. This will become enshrined in law by the end of June 2021.

Mr Johnson said: “We want to continue to raise the bar on tackling climate change, and that’s why we’re setting the most ambitious target to cut emissions in the world.”

However, the government said it will look to meet the 78% reduction target through green technologies, while maintaining people’s freedom of choice – including their diet.

Patrick Holden, chief executive of the Sustainable Food Trust, said that, even though industrial meat consumption is a big part of the problem for climate, nature and health, stopping eating all meat is not the answer.

“Grass-fed livestock, rotated with crops, are part of the solution to climate change, building soil health and helping sequester carbon,” said Mr Holden. “It makes sense, then, that sustainable meat-eating should be a key part of emissions reduction planning.”

But Vicki Hird, of food and farming alliance Sustain, told a Westminster forum on Wednesday (21 April) that there was a need to look at the bigger picture.

Just focusing on carbon reductions could simply force the sector towards pig and poultry production, which might have lower emissions for each kilo of meat produced, but also involves a huge “land take” around the world to provide the feed.

“These are global cultural shifts, and we should not cut off our nose to spite our face in the UK when we have a great exportable product.

“We could be leading the way, saying: ‘Look, this is how it should be done sustainably.’ If you’re going to eat red meat, eat British red meat which has been produced to these standards.

“We should work hand-in-hand with the environmental schemes to help support some of the public goods that farmers deliver as well.”