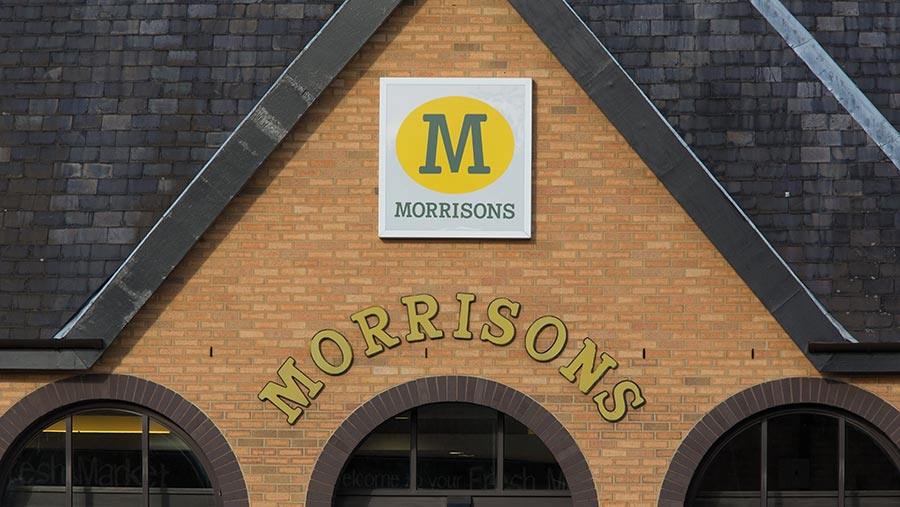 Growers and livestock producers supplying Morrisons will be required to reduce their carbon footprint after the supermarket chain said its network of 3,000 farm suppliers would be “net zero” by 2030.

Morrisons said all of its fresh British meat, poultry, fruit and vegetables would be supplied by carbon-neutral farms within nine years – a move the retailer claims is five years ahead of competitors.

It is also 10 years ahead of the NFU’s 2040 target for UK agriculture to reach net zero.

Morrisons said it would work with farmers to produce affordable net-zero-carbon meat, poultry, fruit and vegetables.

The first products expected to reach net-zero-carbon status will be eggs in 2022 – followed by lamb, fruit, vegetables, pork and beef.

Not all individual farms will be carbon neutral – although the expectation is that most will be.

Carbon trading between farm businesses will mean the retailer’s network of 3,000 farm suppliers would be net zero when measured as a whole.

The goal will be achieved by a combination of reducing and offsetting agricultural greenhouse gas emissions, using carbon sequestration programmes to ensure that farms take more carbon dioxide out of the atmosphere than they emit.

In announcing the move, the retailer said agriculture currently accounted for 10% of all UK greenhouse gas emissions, with two-thirds of people saying they considered the environmental impact of the food they eat.

Morrisons chief executive David Potts said: “Climate change is one of the biggest challenges for our generation, and growing food is a key contributor to greenhouse gas emissions.

How Morrisons will achieve its goal

Reducing emissions from cattle is easier said than done, so much will depend reducing inputs and sequestering carbon, including lower water and fertiliser use; and the increased planting of woodland, trees and hedgerows.

Pigs have lower emissions than ruminants. Carbon Trust data shows 14% of total agriculture emissions come from 10% of pork products sold. Much of the carbon is associated with imported soya-bean-based feed – so Morrisons will look at alternative feedstuffs.

Six lamb producers will help create a carbon-neutral model within the next year. It will pinpoint the best feed types, renewable energy for housing, woodland planting, carbon positive soil sequestration, and peatland restoration.

A carbon-neutral model will be developed with egg producers supplying the retailer’s packer Chippendale. It will include removing and reducing soya bean from feeds, renewable energy, and soil carbon sequestration.

“As British farming’s biggest supermarket customer, we’re in a unique position to guide our farms and help lead changes in environmental practices.

“It’s years ahead of industry expectations – and an ambitious target – but it is our duty to do it.”

Starting this month, the supermarket chain will begin working with a selection of growers and livestock producers to create net-zero “model farms” to study greenhouse gas emissions from field to farmgate.

Once a workable blueprint has been established, carbon-neutral production systems used by these model farms will then be shared with other farmers in the network, so all food can be produced in a similar way.

Morrisons already has its own livestock and fresh produce teams, working directly with farmers.

They are responsible for supplies of meat, fruit and vegetables direct from farms to 20 food preparation sites.

Further reductions in the carbon footprint will be achieved by offsetting greenhouse gas emissions.

This will be achieved through activities such as planting grassland and clover; restoring peatland; planting trees and hedgerows.

Beef is seen as a particular challenge. Beef production is the most carbon-intensive farm sector – generating 45% of carbon emissions but accounting for only 5% of products sold.

Nearly half of all emissions are due to methane produced by cattle.

Rather than reducing beef production, Morrisons said it would work with beef producers to use smaller cattle breeds, using lower-methane livestock feeds and supplements such as seaweed (see “How Morrisons will achieve its goal”, above).

Morrisons will also work with industry experts on soil and water usage – and set up the world’s first School of Sustainable Farming at Harper Adams University in Shropshire to offer farmers training in low-carbon production methods.

Reducing carbon in primary food production forms a key part of the retailer’s plan to become net zero for all greenhouse gas emissions by 2040 – a target it says is in line with the international Paris Agreement to limit global warming to below 2C.

Defra secretary George Eustice said: “The UK is the first major economy to legislate for net-zero emissions by 2050. Our farmers will play a key role in achieving this.

“It is encouraging to see Morrisons commit to being supplied by net-zero-carbon British farms on such an ambitious timescale, helping to protect the environment for future generations.”

Other supermarkets also on road to net zero

All the big supermarket chains have their own climate change targets, but comparing them is difficult because there is no standard measurement – emissions in one part of a business can be offset by sequestering carbon in another.

Last year, Sainsbury’s announced a £1bn plan over 20 years to become net zero across its entire business. It said this would include working with suppliers and asking them for their own carbon reduction commitments.

Asda made a similar pledge. The retailer said it has been working with dairy farmers for more than a decade to reduce their carbon footprint. It said the whole business will be net zero by 2040 – including its agri-supply chain.

Tesco aims to be carbon neutral by 2035. Agricultural emissions account for 61% of the retailer’s emissions, and the supermarket chain has committed to a 15% reduction for farming by 2030, including efficiency improvements.

Shropshire farmer Michael Kavanagh is among a small but growing number of UK growers and livestock producers who believe they have already achieved net-zero status.

Over the past six years, Mr Kavanagh has radically reduced the amount of chemical inputs, switched to direct drilling and introduced livestock. 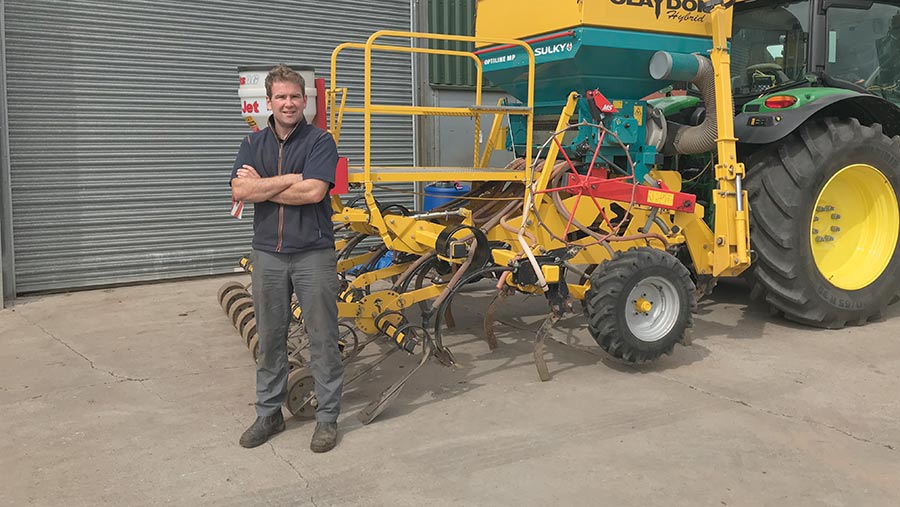 The business now comprises 500 ewes and 200ha of arable cropping at Albrighton, near Wolverhampton.

“The farm had been hammered with vegetables and root crops for many years,” Mr Kavanagh told Farmers Weekly.

“The first thing I did was buy a Claydon drill and spend four years getting the soil into shape.”

Applications of artificial fertiliser and fungicides have been slashed. But wheat yields have remained steady at about 9t/ha.

It takes only 6 litres/ha of fuel to establish a crop and only 150kg of nitrogen on milling wheat.

“It is all part of the jigsaw – all these things add up,” said Mr Kavanagh.