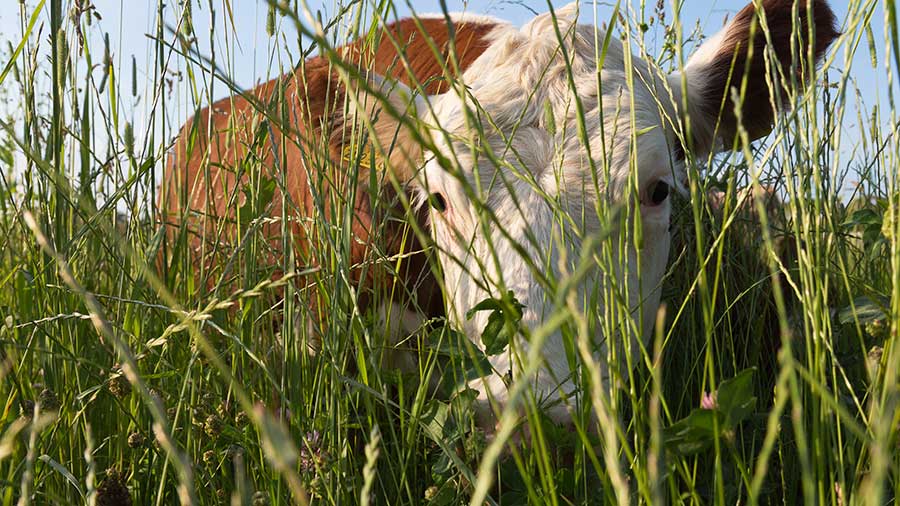 To help farmers reduce their carbon footprint and farm in a more “nature-friendly” way, a report  from the Nature Friendly Farming Network has identified eight practical measures that can be implemented on farms.

We spoke to two livestock farmers who have begun that journey – Hywel Morgan, a beef and sheep farmer in Wales and Denise Walton, a beef, sheep and pig farmer in Scotland. 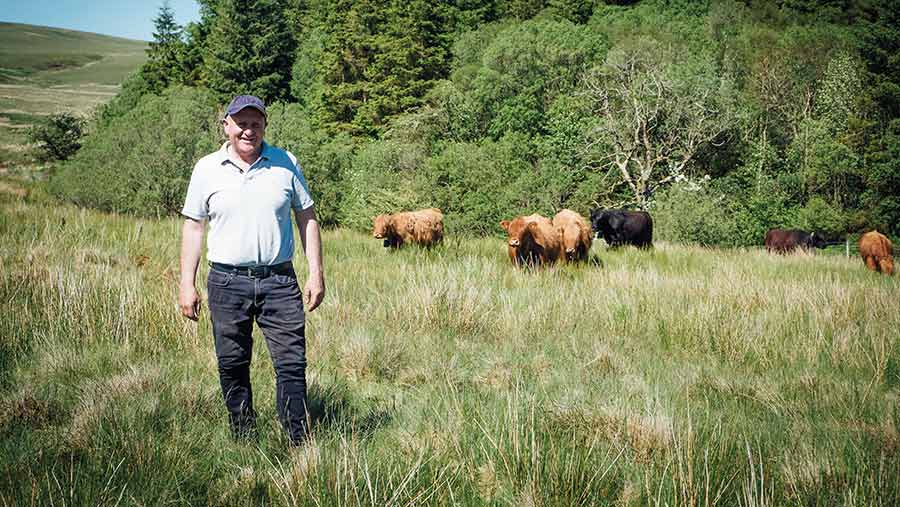 When it comes to nature-friendly farming and seeking to mitigate climate change, Welsh livestock farmer Hywel Morgan believes he is well ahead of the curve.

Mr Morgan farms the 93ha Esgairlaethdy Farm, Myddfai, in the Brecon Beacons, where he keeps sheep and cattle on a predominantly grassland farm.

“We used to use a lot of bagged fertiliser and sprays, and we never did soil testing,” he says. “Now, we have cut back on inorganic fertiliser – farmyard manure is my new nitrogen.”

The farm also used to buy in a lot of animal feed – about 15-18t a year. But this has been cut to just 3t. “We now only use a bit around lambing time when grass is slow growing.”

Mr Morgan has also changed grazing practices, after “too many years” of rye grass.

“As an upland grassland farmer, why would I want to kill off perennial self-seeding grass to plant new grass? I keep asking myself `why did I do this every year’?”

Instead, he has introduced more herbal leys – especially plantain and chicory – and clovers.

“I’m a big believer in both. The herbal leys are deep-rooting and help, not just with feeding my animals, but with water control and run off from the farm.”

Mr Morgan has also used agri-environment schemes to create ponds and other wildlife areas, and has changed his hedgerow management.

“We’ve gone from cutting our hedges every year to every three or four years. I let them grow taller – not just for wildlife, but they provide more shelter.”

He has also created wildlife corridors several metres wide, and any “awkward bits” on the farm are left for rewilding.

Stocking has changed too. “We have moved from Continental-type cattle to Beef Shorthorn – partly because I like the colour.

“I also do some conservation grazing with Highland cattle, which spend pretty much all their lives on the hill,” says Mr Morgan.

This system has been made easier by investment in a “no fence” collar system, which Mr Morgan describes as “a game changer”.

It takes about four days for the cattle to learn how the system works, with an audible warning given before they receive an electric shock near a “virtual” fence.

“It’s allowed me to manage my cattle on the hill and target graze where we need to graze.”

The benefits of this “nature-friendly” approach are two-fold, says Mr Morgan.

“Orchids have also appeared on the conservation grazing, and there is improved carbon storage.”

And then there are the financial gains. “I sell the Highland beef through farmers markets, direct to consumers. No one has ever asked me what grade that animal was.

“They’re quite interested in what breed it was, and grass-fed is really important. So is working with nature, and when I tell them about using the cattle as a tool, they love it.”

Cutting back on inputs, shortening the food chain and selling at a premium has enabled Mr Morgan to increase profits, despite a 20% drop in total revenue. “I’m better off now financially than I have been for years,” he says. 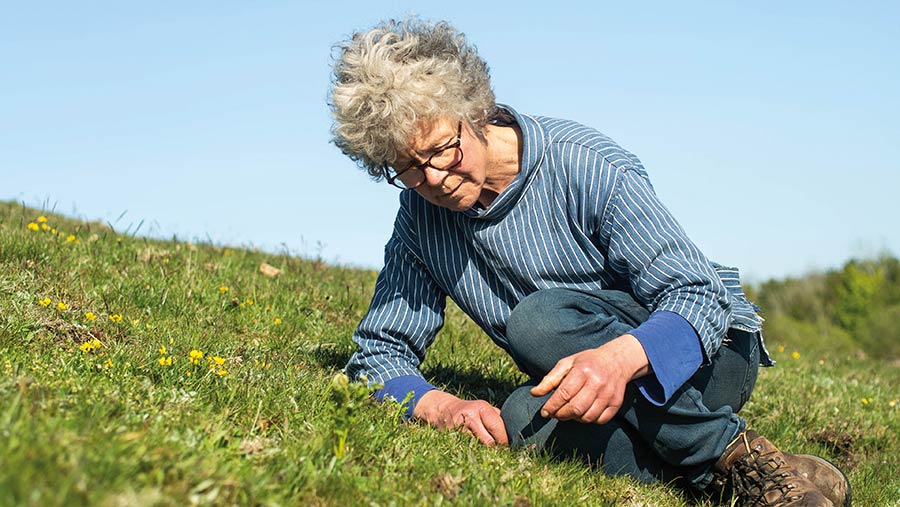 Denise Walton farms in the Scottish Borders in partnership with her husband and son, running 150 Aberdeen Angus cattle – selected for grass conversion and ease of calving – plus Lleyn sheep and pigs.

They ditched chemical inputs in 2005 and have since become Pasture For Life farmers, producing all their meat from grass, which is sold through the on-farm butchery.

“We changed our grazing system by splitting our fields into smaller paddocks where we mob graze groups of 10 cattle in 10-acre paddocks, with three days’ grazing and 30 days’ rest,” she explains.

“In the past, we were agrochemically dependent, but since stopping using sprays and inorganic fertilisers, we’ve seen an incredible improvement in our grass utilisation efficiency.”

Herbal and clover leys condition the soil, helping to stabilise carbon, while more than 6km of new hedges have been planted.

“We’re saving nearly £70,000 a year on agrochemicals, less fuel use, less tractor use and no imported feedstocks.

“The way we farm is eminently scaleable, eminently doable and eminently profitable.”