It’s a tough job, but someone’s got to do it. I write this while at Turin Airport, waiting for a flight back to a snowy UK. I’ve been at New Holland House, a recently completed conversion of one of Fiat‘s factories, where the world’s first hydrogen-powered tractor, the NH2, had been shown for the first time.

More pictures, a video and details of New Holland’s vision for agriculture will be on the site on Monday, and in the magazine next week. For now – you’ll have to satisfy yourself with a few pictures from a grey and rainy Turin. 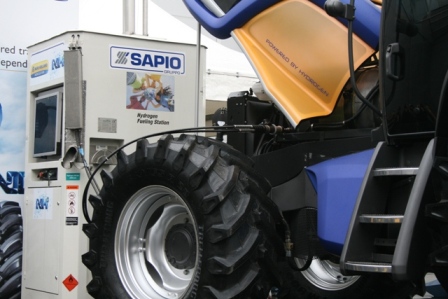 Under the bonnet, a 350-br tank holds enough hydrogen to fuel the tractor for about 1.5–2hrs.

However, it’s only a matter of tweaking the tank and this will jump to 8-9hrs in prototypes to come. Filling takes just 3-5 minutes. 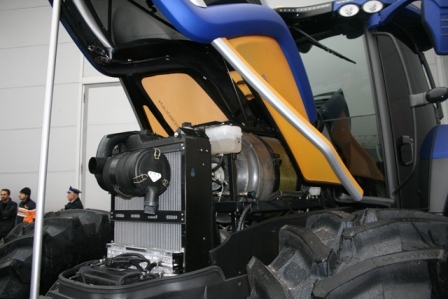 Standing next to the tractor, things are eerily quiet, like you’re stood next to a giant remote control tractor. When it accelerates, all you hear is the slight whirr of the wheels turning like a big dynamo. Acceleration is rapid, too. It’s rumoured that, on a straight track, it’s almost pushing you to the back of your seat. 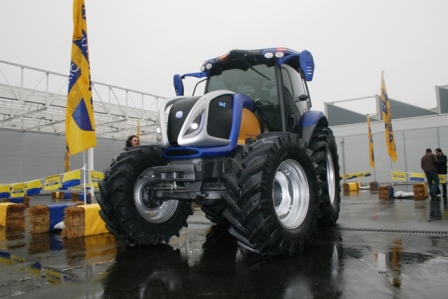 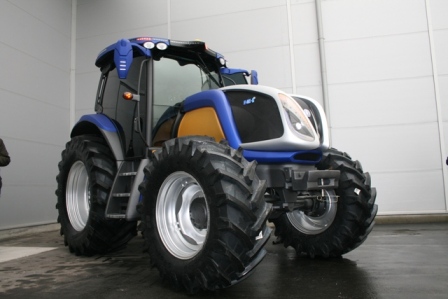 Based on a T6000, there’s a lot of restyling been done, too. A new bonnet and grille are just a couple of the differences. These will be seen coming through the ranges perhaps sooner than the launch of the fuel cell tractor itself, according to New Holland. 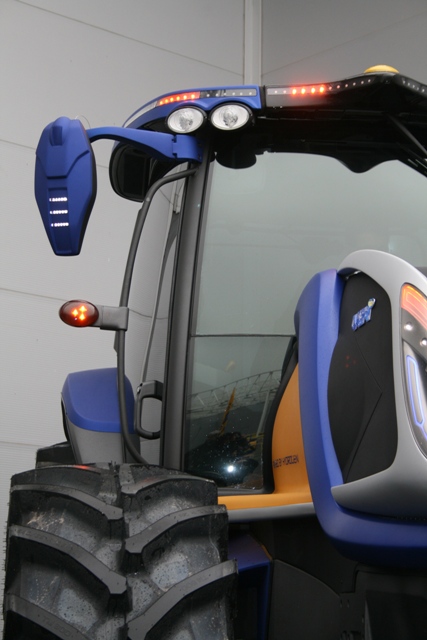 The shape of things to come? Instead of a rotating beacon, LEDs round the top of the cab rotate. GPS will also be integrated into the cab itself. 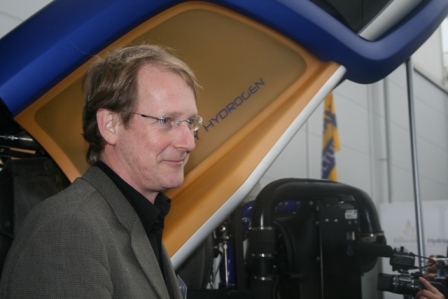 One of the men behind the design, Peter Jansen. New Holland used technology developed with sister company Fiat Auto for the first build.

Don’t forget that there’s more to come on Monday, including a video (so you can hear exactly how quiet it is) and more photos. Watch this space…

What do you think of hydrogen-powered tractors? Have your say on our forums.