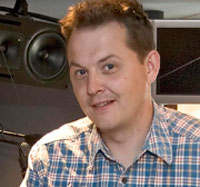 Farmers have called on the NFU to campaign better against the anti-meat lobby and get the public on side by being better organised on climate change.

Surrey farmer Hugh Broom told livestock producers at the NFU conference that Sir Paul McCartney’s Meat Free Monday idea had gained momentum among consumers and could have serious consequences for the industry.

“The NFU needs a climate change and resource board. We need a clear and concerted campaign that leads the debate externally and not just reacting to others, before it is too late,” said the NFU’s Surrey county chairman.

Mr Broom argued that farmers were often confused about the arguments around climate change and that it was therefore not surprising that consumers received mixed messages about meat.

National livestock board chairman Alistair Mackintosh was frustrated by the amount of media attention given to the anti-meat lobby.

“Not a week goes by when we don’t have to defend ourselves against some bloody crackpot,” he said. “We are talking about natural emissions with agriculture. If you are serious about climate change then close a plastics factory first not us.”

South-east beef producer Graham Thompson believed the red meat industry should “reposition itself” for profitability, to market itself better and have more effective relationships with processors and retailers. He wants the NFU to get more involved in helping set up commercial contracts.

The NFU livestock board is developing contract templates, which farmers can use when working in the supply chain.

Keep up to date with all the latest news from NFU Conference on our special report page.