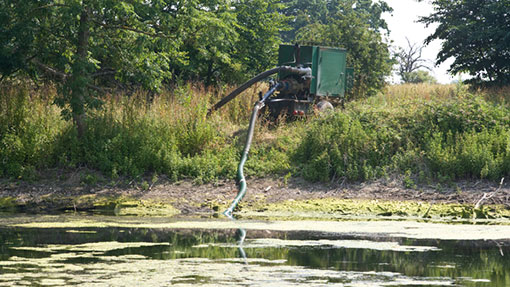 The NFU has voiced its concern about government proposals to reform water abstraction licences.

The union said the proposals under the ‘Making the most of every drop’ consultation represented the biggest shake-up of licensing in 50 years.

In the consultation paper, which was launched in December 2013, the government suggests replacing the existing system of licences with new abstraction permissions. Seasonal conditions and separate licences for winter or summer abstraction would disappear. Instead the permissions would contain conditions linking access to water availability. This would allow higher flows to be abstracted all year, not just in winter, but would restrict use on all abstractors during very low river flows.

In its response, the NFU said while it agreed the system should be reformed, there was real concern about some of the important details.

NFU national water resources specialist Paul Hammett said: “The way water is managed and licensed in this country can definitely be improved.

“We like some of DEFRA’s ideas, particularly those that will allow farmers to more easily take surface water at high flows, coupled with an improved scheme for trading water.”

Mr Hammett added that the NFU also welcomed the suggestion that water should be increasingly managed on a catchment-by-catchment basis. There are advantages in moving away from national “broad brush” rules to a governance system that tackles local problems, he said.

However, Mr Hammett said there were potential pitfalls of such major changes. “The revocation of all irrigation licences to be replaced by permissions could be a real bonus if the new regulations are ‘simple, low-cost and fair to all users’ – but the transition could also become an administrative nightmare.

“We will also be pressing DEFRA to recognise the special circumstances that apply to irrigated cropping – full volumes of water may only be needed in one dry year in 10, but that does not mean that the unused water in the other nine years is ‘spare’,” he added.

The NFU also said it was concerned at what it saw as “important omissions” in the proposals.

“Surely devising solutions to water scarcity during drought must be part – and indeed a key part – of the review process. Yet managing water in scarce conditions is not really addressed.

“It is vital that any new system is designed to increase our water security and ensure farmers and growers get fair access to water to grow the nation’s food,” Mr Hammett said.