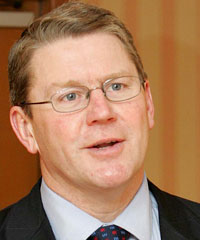 Organic farmers should avoid making claims about the environmental benefits of organic agriculture in a bid to increase demand for their produce, NFU president Peter Kendall has said.

Speaking at the Soil Association conference in Manchester on Wednesday (9 February), Mr Kendall said organic producers needed to convince consumers about the quality of their produce rather than making claims which might not stand up.

“You should be careful what you wish for,” he told delegates. “The Nocton dairy in Lincolnshire will probably produce lower-carbon milk than most dairy farms.

“It’s an incredibly complicated trade-off. We are playing 3-D chess with the food system and we shouldn’t be looking for an outcome where organic farmers win and conventional farmers lose.”

Mr Kendall said there needed to be fewer arguments about the morality and ethics of different production systems and called for more open dialogue between producers over the best ways to produce food.

“The government’s Foresight report makes it clear we can’t ignore new technologies on grounds of ethics and morality,” he added.

“Feeding 9bn people in a sustainable way is a big ask and learning from each other is the best way to do it.”

Rejecting claims the government should put a tax on food or introduce organic production targets, Mr Kendall added: “You have to get consumers to want to buy your produce.

“It’s no good having direct payments [in the CAP] to get farmers to convert to organic – we want the market to take us there.

“We have got to make consumers want to pay more, not bribe farmers into going organic because there’s money there to do it.

“Don’t say you want the government to set targets – you should drive demand.”

Peter Melchett, Soil Association policy director, said the organic sector recognised the political reality and that it was no good arguing for more money from government.

“Nor are we expecting the whole population to change their values,” he said.

“If we are going to make [buying organic] normal behaviour you can’t get everyone to turn into an organic farmer.

“The organic movement needs to speak to people and get them to understand what makes organic different.”