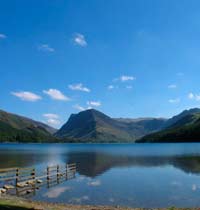 A blueprint to restore England’s most famous lakes from the damage of agricultural pollution is being set out by the Environment Agency.

An assessment of about 730 lakes across England and Wales is to be carried out to check they meet standards set out in the Water Framework Directive.

The audit comes as the agency said tourist hot-spots such as lake Windermere faced “serious threats” from pollution caused by farming and needed urgent action to protect and restore them.

Speaking at a conference on lakes on Tuesday (19 May), Chris Smith, Environment Agency chairman, said many lakes were under pressure from poor water quality which could be due to pollution from pesticides and fertilisers from farming and sewage.

Agricultural pollution contributed to regular blooms of blue-green algae which prevented people from going into the water.

Changing weather patterns and climate change would also impact upon lakes, creating potential for flooding, soil and pollution washed off land into lakes and landslides, he added.

The conference, held at Lake Windermere, brought together experts from across the globe to discuss and agree plans to protect and restore lakes.