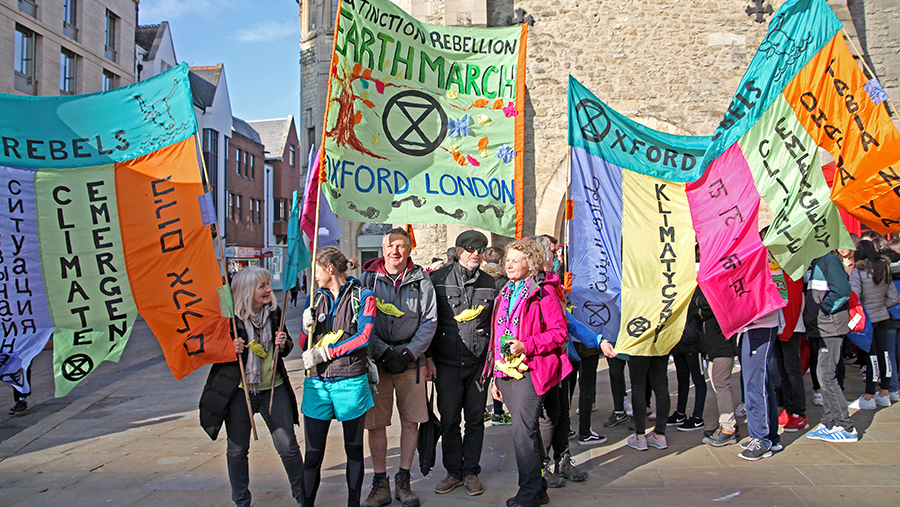 Extinction Rebellion Oxford (XR Oxford) says it will be staging peaceful protests at events on Tuesday, Wednesday and Thursday (7-9 January).

The group aims to highlight how “the majority of our intensive food and farming systems, represented by the Oxford Farming Conference, pollute the land and add appreciably to greenhouse gas emissions in the UK”.

XR Oxford claims the UK food and farming system contributes to 20% of GHG emissions. It advocates more agroecology and a shift to plant-based diets.

The group also wants the UK government to promote policies to halt biodiversity loss and reduce greenhouse gas emissions to zero by 2025.

But the NFU says 65% of UK farmland is only suitable for growing grass and if it was not used to graze livestock it would not otherwise be used to produce food. Furthermore, British beef has a carbon footprint 2.5 times lower than the global average.

The union has set an ambition for the industry to reach net zero by 2040 – 10 years ahead of the UK government target of 2050.

The latest figures from the UK’s Committee on Climate Change show that UK agriculture is responsible for 9% of total UK emissions, with cattle and sheep responsible for just 3%.