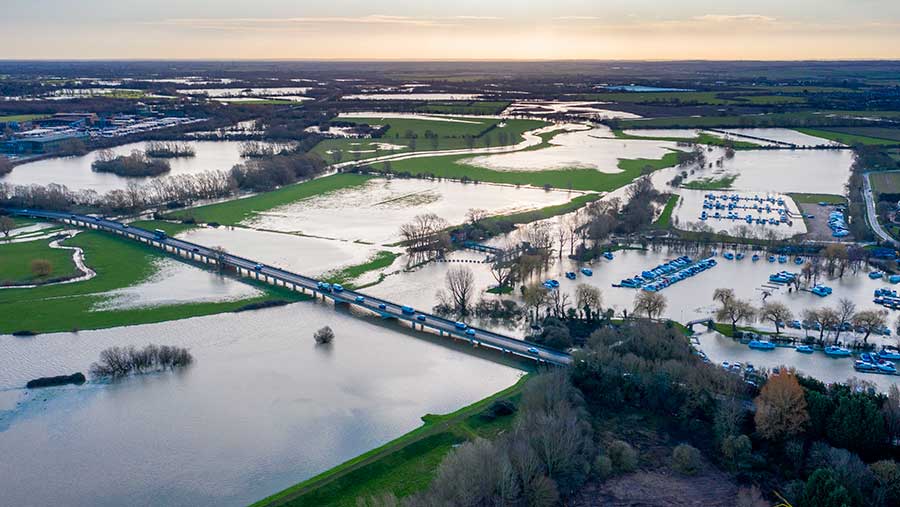 Farmers are assessing the damage caused by storms Ciara and Dennis, which led to extensive flooding across the country and have prompted further debate on the merits of river dredging.

The Environment Agency (EA) has warned that more flooding is expected this week (18-23 February) amid continued wet conditions.

As of 10am on 17 February, the NFU had received reports that thousands of acres of farmland had flooded in Yorkshire and Worcestershire.

The merits of dredging rivers have again been debated as famers count the cost of more extreme weather.

The EA has previously said dredging remains an important way of reducing flood risk to farmland – but that it is not always appropriate or effective.

NFU flood management and access policy adviser Dr Mhari Barnes said: “Prolonged wet weather has impacted many farmers and growers who are unable to finish harvesting crops and expect a severe delay in drilling and sowing winter cereals, which means higher costs on farm for feed and bedding.

“Catchment-wide water management is essential, including conveyance works, but maintenance of rivers and flood defences must be properly funded to protect urban and rural businesses, infrastructure and communities. We understand that dredging is another tool in the box.”