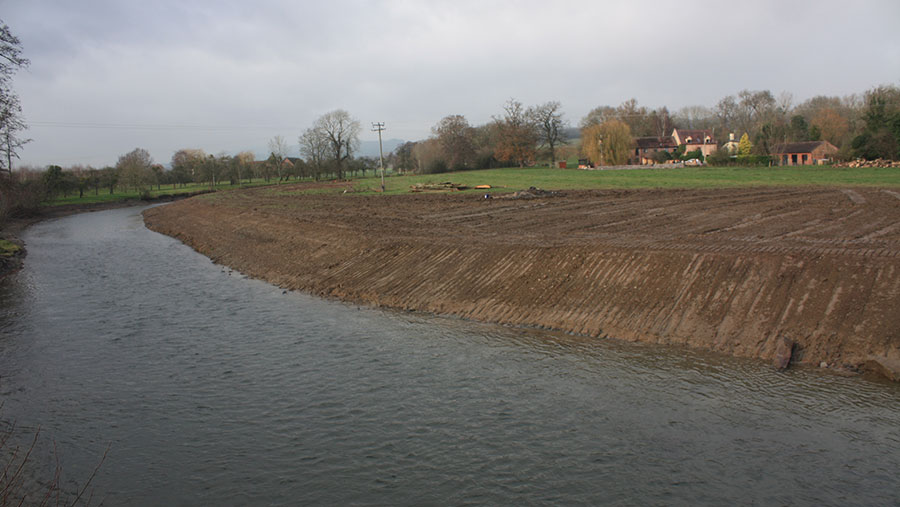 View of bankside clearance of the River Lugg © The Wildlife Trusts

A farmer who pulled back the eroding banks on a mile-long stretch of the River Lugg In Herefordshire says he felt compelled to act to prevent future flooding of nearby homes.

Potato and cattle farmer John Price said homes in Kingsland, near Leominster, were damaged in last year’s floods and he decided to act because the Environment Agency had not carried out remedial work on the river for years.

Mr Price, 66, said he has the support of the parish council and local residents whose homes were devastated by Storm Dennis last February.

But his decision to take matters into his own hands has caused anger among environmentalists. The Wildlife Trusts has described it as a “tragedy” with “dire consequences for wildlife and water quality downstream”.

The Herefordshire Wildlife Trust described it as a “crime against the environment” and demanded “swift action” from the authorities.

But Mr Price told the Daily Telegraph: “I’m a Herefordshire farmer and have lived at Day [House] Farm and was born here at home.

“I have never moved and have watched this river all my life and no one knows this river better than me. I have always looked after the river. I was asked to stop the erosion because I’m the landowner, so I’m responsible for the river.

“It was up to the Environmental Agency to look after these rivers, but they don’t do any work and haven’t got any money to do the work because they spend it all on clipboards.”

Mr Price pointed out that he had not removed or knocked down any trees, but had only cleared those that came down in the flood. 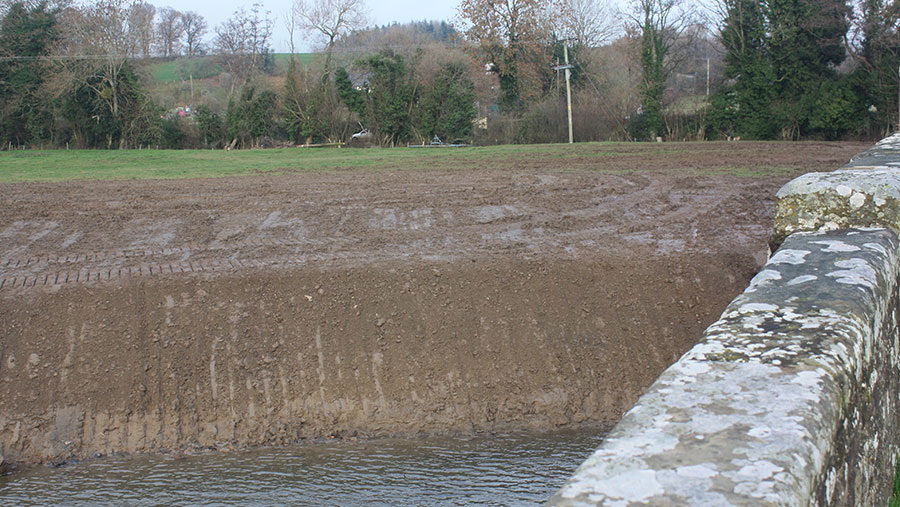 He continued: “The flooding has been getting substantially worse over the past 10 years and will continue to get worse if a certain amount of work is not done like I have been allowed to do by the Environment Agency.

“I have got the support of the village and parish council and they had a meeting especially about the work being done. They all said what a wonderful job John Price has done and recommended that they send me a letter thanking me for that work and saving the river and helping the flooding.”

Herefordshire Wildlife Trust said a 1.5km stretch of the River Lugg – a “nationally important river” – had been destroyed despite the river being designated as a site of special scientific interest, and as a special area of conservation in its lower reaches.

The trust said these designations “should give it multiple layers of protection”, with statutory agencies such as Natural England, the Environment Agency, Forestry Commission and Herefordshire Council all given a statutory duty to protect the river from harm.

However, it said the banks had been “bulldozed, straightened and reprofiled into a sterile canal, with all bankside and riverside habitats completely obliterated”.

Craig Bennett, chief executive of The Wildlife Trusts, said: “Devastating incidents such as this one will be a vital ‘test case’ as we come to the end of the transition period for the government’s ambition to develop a ‘world-leading’ environment enforcement structure.

“Unfortunately, the government has so far failed to live up to this standard, with poor resourcing leaving Natural England unable to properly monitor and protect our most important wild places – sites of special scientific interest.

“Furthermore, lack of funding for the Environment Agency in England has left it unable to stop illegal practices.”

Was farmer John Price right to take the action he did on the River Lugg?
Created with Quiz Maker

The Environment Agency confirmed it had launched an investigation and was taking the matter “very seriously”.

Dave Throup, Environment Agency manager for Herefordshire and Worcestershire, said on his Twitter account on Saturday (4 December) that 14 specialist officers from the agency, Natural England, the Forestry Commission, West Mercia Police and Hertfordshire Council had used their powers of entry and entered the site to gather evidence and information.

In April, Mr Price had an application to build 19 residential homes on his land at Day House Farm refused by Herefordshire Council, which described it as an “unjustified, unsustainable new residential development in an open countryside location”.

Kingsland Parish Council said it was aware of the recent work done on the banks of the Lugg at Kingsland.

It said in a statement: “The parish council has had a dialogue with the Environment Agency, and officers have attended online meetings in recent months.

“Another issue highlighted by the Environment Agency was ‘a build-up of silt and growth, mostly Himalayan balsam, on both the upstream and downstream sides’.

“The parish council supports work to improve the River Lugg that is undertaken at the direction and instigation of the Environment Agency and is in line with the appropriate guidelines, regulations and processes that may be applicable,” it added.