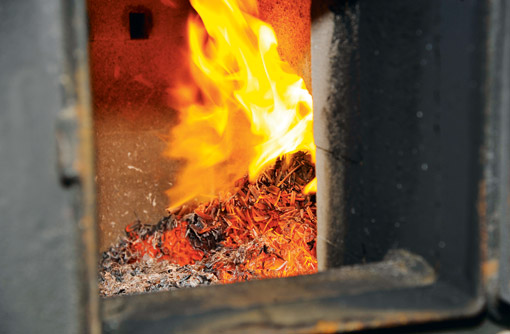 Increasing numbers of poultry producers are signing up to the Renewable Heat Incentive – a government scheme designed to subsidise the cost of generating heat from renewable energy.

Such systems are becoming increasingly popular in broiler sheds. When combined with indirect heating, they offer the advantage of external combustion, reducing the need for ventilation and producing a drier environment.

Payments are based on the maximum number of kilowatt thermal hours of heating the system can produce and are split into three bands (see table).

There are two tiers in each band, with the Tier 1 payment based on the installation operating at up to 1,314 peak load hours a year, and a lower Tier 2 payment for any heat generated above this level.

All payments are made direct to the owner of the installation in quarterly instalments, based on submitted meter readings.

Biomass boiler installations can service more than one building, including a mixture of domestic and commercial. An individual heat meter can be used where the heat loss is less than 6%.

A fossil fuel back-up boiler is also permitted alongside a biomass installation, so long as it is metered separately and any heat produced is not used to claim RHI.

“Tariffs are linked to the RPI, and the government has proposed that RHI payments will extend for 20 years from the tariff level the owner of the system has signed up to,” says Simon Lloyd-Jones, managing director of Edge Renewables.

“The most important consideration should be the lifespan of the boilers,” he adds. With the incentive lasting for 20 years and the boilers, unlike solar panels, doing a considerable amount of work, installing a quality product is paramount.

The total RHI budget for 2012-13 has been set at £70m, rising to £251m for 2013-14. But the Department of Energy and Climate Change has recently confirmed that the scheme could be suspended with just one week’s notice, if a trigger point of 97% of that spending is reached.

“Given current uptake figures, we do not envisage having to use that mechanism,” says the department. “But we have learned from our previous experiences (with Feed-in Tariffs) and want to provide assurances that we are spending money on the RHI in a sustainable way.”

Applications would still be processed and accredited, with the start date for payments delayed until the next tranche of the RHI.