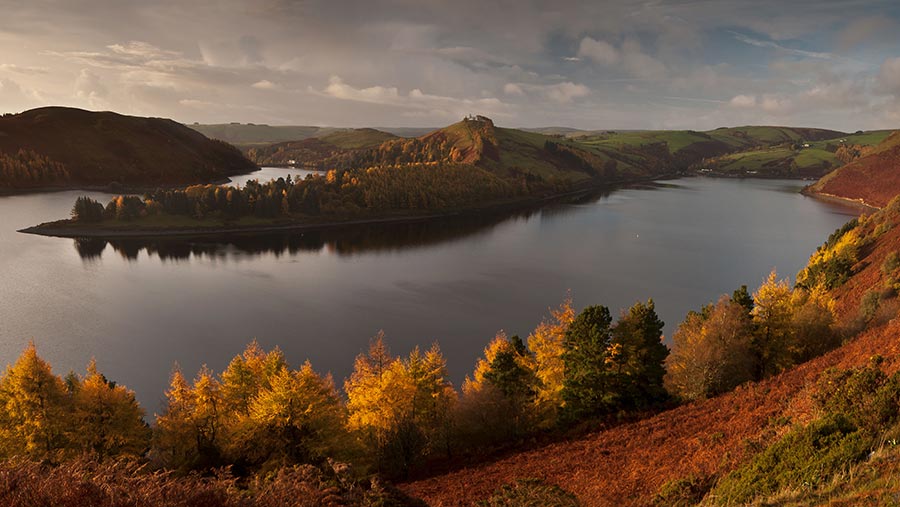 Environmentalists have secured funding of £3.4m to help develop a major rewilding project in Wales, designed to restore a large swathe of land back to its natural state.

The project, called Summit to Sea, aims to create one continuous, nature-rich area “on a scale never before seen in Britain”, stretching from Mid Wales’s highest area, the Pumlumom massif, to the Dyfi estuary on the west coast and out into Cardigan Bay.

Within five years, it wants to see 10,000ha of land committed to ecological restoration, while still supporting the local economy through new “nature-based enterprises”.

According to the Summit to Sea website, wildlife is under great pressure in parts of Wales, with 14 species at risk of disappearing altogether. But many areas also experiencing severe economic challenges, it notes, especially with Brexit on the horizon.

“Incomes are low, dependency on agricultural subsidies is high and there’s not enough employment to keep young people in the area. Farming communities in the uplands face a particularly uncertain future.”

Writing on the website, Wyn Jones, development officer at Pentir Pumlumon, says the rewilding project could help overcome this, opening up a huge number of diversification opportunities in the area, including guided walks, mountain biking and triathlons.

This is endorsed by project co-ordinator Hannah Scrase, who says rewilding will enable local people to develop new businesses, helping them stay in the area.

But, according to NFU Cymru, the right balance still has to be struck between commercial food production and environmental delivery.

“We will work with any group that shares our aspiration for all farmers to be able to continue to produce top-quality, affordable food, alongside maintaining and enhancing our beautiful environment,” said rural affairs board chairman, Hedd Pugh

“What we could not support, however, is any project that seeks to alter that balance or has an agenda to take land out of production for the purposes of rewilding.”

A spokesman for the Farmers Union of Wales (FUW) echoed these concerns.

“We have had numerous discussions with this group and have made it clear that action to address losses of species and habitat has to start by speaking and listening to those families who have been on the land for hundreds of years.

“Use of the tired rhetoric about the impact of sheep on landscapes is particularly concerning given we have provided figures showing sheep numbers on these mountains are lower now than they were 100 years ago.

“We have also produced a detailed study of the relationship between grazing livestock and agriculture in the Cambrian mountains that dispels the myths spread by some wilding proponents.”

Summit to the Sea project details

Rewilding Britain and the Woodland Trust are leading the Summit to Sea project, supported by nine other partners, including Natural Resources Wales, the RSPB and the Montgomeryshire Wildlife Trust.

The £3.4m grant has come from the Cambridge Conservation Initiative, which in turn is funded by Arcadia – a London-based charity that has paid out more than £380m for cultural and environmental projects across the globe since 2002.

The first year of the project will focus on creating a project team, working out how local people can generate an income and identifying the best places to start ecological restoration.

According to Rewilding Britain’s chief executive, Rebecca Wrigley, the project aim is to provide a different model for the land management, “that works for both people and nature”.