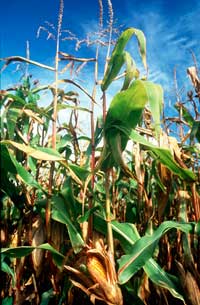 The Royal Society, the UK’s national academy of science, is calling for a £2bn research programme on global food security.

The country must be a research leader if the world is to achieve the 50% increase required in crop production by 2050 without damaging the environment.

The impacts of climate change and growing scarcity of water and land make the challenge of increasing agricultural yields even greater, the society said.

Crop production methods must sustain the environment, preserve natural resources and support the livelihoods of farmers and rural populations, it warned.

The recommendation came in a report published by the society on Wednesday (21 October).

It examines the vital role that biological science, especially publicly-funded science, must play to intensify food crop production in a sustainable way.

“If we wait even five to ten years, it may be too late. Biological science has progressed in leaps and bounds in the last decade and UK scientists have been at the head of the pack when it comes to topics related to food crops.

“In the UK we have the potential to come up with viable scientific solutions for feeding a growing population and we have a responsibility to realise this potential.

“There’s a very clear need for policy action and publicly-funded science to make sure this happens.”

This would see the addition of at least £50 million to what is already spent on science for food-crops each year, said Prof Baulcombe.

The programme would also support the development of improved crop varieties by both conventional breeding and genetic modification.

The report describes recent advances in research methods – including the ability to determine the complete genome sequence of crop plants.

It also assesses a wide range of science-based technologies and developments in biological science that are seen to have potential benefits for increasing crop yields.