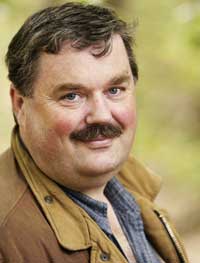 A leading conservationist has accused farm leader Peter Kendall of doing too little to protect the environment.

Mr Avery posted the comments on his blog after both men appeared on a BBC radio programme examining the prospect of budget cuts at DEFRA.

Mr Kendall told Farming Today that any cuts should be targeted at agri-environment payments, rather than agri-research investment.

DEFRA has since been ordered to make £162m in savings.

“We have got to, I’m afraid, prioritise the workload,” Mr Kendall told presenter Charlotte Smith on Saturday (22 May).

“It might need a trade-off between some of the environmental spend and investment in the future to make sure we produce more and impact less.”

But Mr Avery took a different view. The environment and nature always seemed to get the thin end of the wedge when money was tight, he said.

“That’s not the way to behave in a civilized society,” he told the programme.

Later, in his blog, Mr Avery wrote: “It’s disappointing that when the going gets a little bit tough [that] the NFU immediately fingers the environment as the place to find savings.”

He added: “How sad, but how typical the clue is in the name the NFU is a trades union for farmers.

“Does Peter not think that the success of Campaign for the Farmed Environment which the NFU lead might be prejudiced by agri-environment cuts?”

The spat is interesting because both men represent organisations that are partners in the Campaign for the Farmed Environment.

The campaign seeks to encourage more farmers to implement voluntary environmental measures on their farms.

Mr Avery said Mr Kendall was suggesting the axe should fall on the very payments that sought to entice more farmers to do more for the environment.

This is not the first time Mr Avery’s blog has caused controversy.

Last autumn, he used it to question Mr Kendall’s ability to make the Campaign for the Farmed Environment a success.

He published the comments on the morning of the campaign launch.