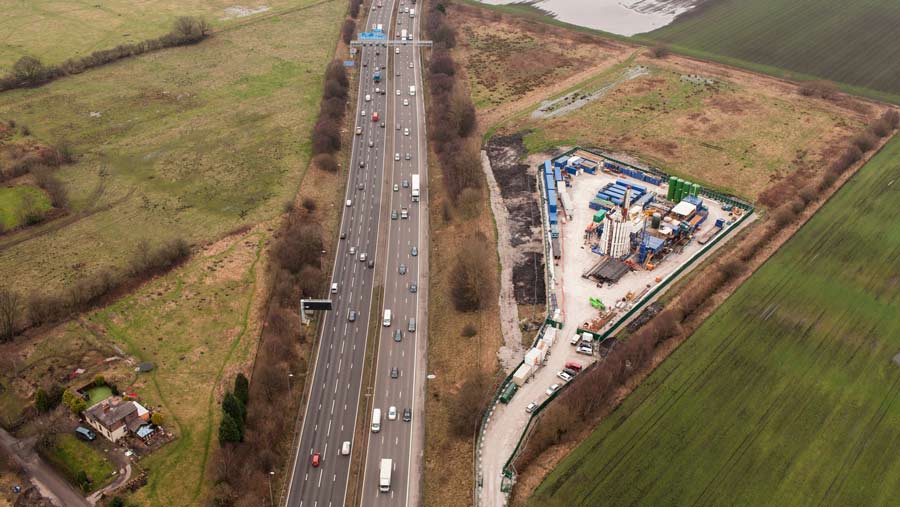 The Ukraine war has reignited debate over whether the UK should reconsider fracking on these shores to reduce reliance on Russian gas.

The UK sources about half its gas from the North Sea, but Russian gas still accounts for 3-4% of domestic demand.

Boris Johnson said this week the UK will need to increase its domestic oil and gas production to reduce reliance on Russian gas.

The prime minister plans to unveil a new energy supply strategy in around two weeks – and he has hinted that it could include using more UK-derived fossil fuels in the short term.

Mr Johnson would also like the UK to invest in more renewable and nuclear energy sources to safeguard energy supplies in the long term.

Nearly 40 Conservative parliamentarians – 34 MPs and five peers – have written to Mr Johnson to urge him to rethink plans to end fracking, according to widespread reports in national newspapers.

The UK’s only two shale gas wells, both in Lancashire, are due to abandoned after industry regulator the Oil and Gas Authority (OGA) ruled they should be plugged over with cement.

Energy company Cuadrilla, which operates the sites, branded the decision as “ridiculous” amid soaring gas prices when just 10% of the volume from the sites could be used to meet UK gas needs for 50 years.

A moratorium on fracking has been in place since November 2019 after it caused two minor earthquakes in Lancashire.

Ministers are backing a plan to hand over the two Cuadrilla fracking sites to the Royal Geographical Society for research, rather than have them concreted over.

Environmental groups, including Greenpeace, remain strongly opposed to fracking. They insist it is bad for the climate and risks causing air, water and sound pollution.

The Guardian has reported, however, that the government’s position on fracking remains unchanged and the deadline to decommission the two wells by 30 June remains in place.

A spokesperson for the Department for Business, Energy and Industrial Strategy said: “In light of Russia’s unjustified invasion of Ukraine and rising global gas prices, it’s right we move away from dependence on Russian gas and increase our self-reliance in our energy security.

“We are considering all our options. We will set out an energy supply strategy which will supercharge our renewable energy and nuclear capacity as well as supporting our North Sea oil and gas industry.”