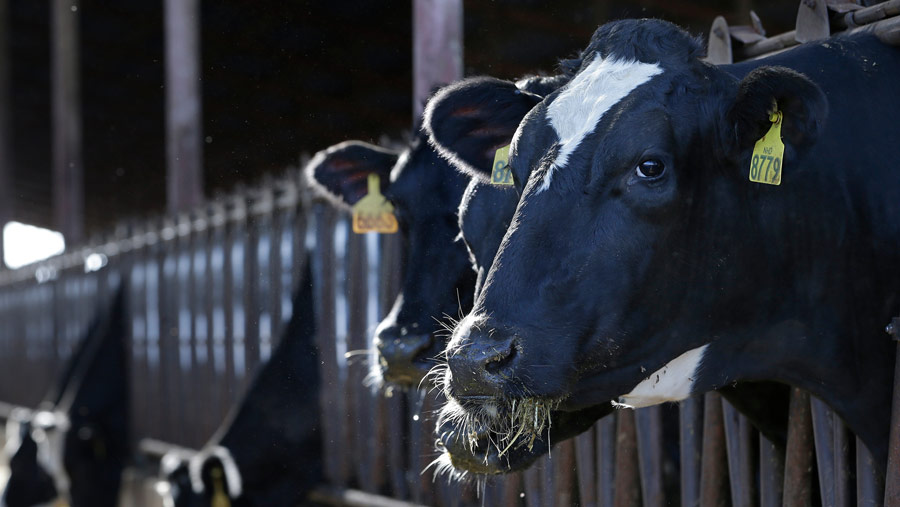 Farmers could be selecting cattle bred to produce lower methane emissions in the near future, according to a leading scientist.

Methane is an important greenhouse gas, with 28-times the potential global-warming capability of carbon dioxide.

Levels in the atmosphere have recently risen to a historic peak and the increase has been blamed on livestock production, in particular beef and dairy farming.

The gas is a by-product of microbial feed conversion, mainly of fibrous grass, by a dense population of bacteria, archaea, protozoa and fungi within the rumen.

Work carried out at the SRUC by professor of animal genetics and microbiome Rainer Roehe showed that methane production is linked to the archaea micro-organism.

In trials the quantity of archaea was a good predictor of methane emissions, said Prof Roehe, who was speaking at a Royal Welsh Agricultural Society webinar.

The number of these micro-organisms is linked to higher gut pH levels and this, in turn, is influenced by an animal’s saliva production.

The bicarbonate in saliva has a buffering effect on acid levels, raising the pH, and creating ideal conditions for the archaea to survive, explained Prof Roehe.

Crucially, research has shown that the level of saliva produced is strongly linked to the genetic make-up of an individual animal.

“Average saliva production is 150 litres a day but this can vary, up or down, by 25 litres between individuals,” said Prof Roehe.

This means one animal may have a genotype that means it produces 50 litres more saliva than another animal.

Cattle producing more saliva will therefore have more archaea in their guts and produce more methane.

Tests developed have shown that rumen sampling via stomach tube can indicate accurately the abundance of microbial genes in an individual.

It is therefore possible to identify which animals are methane producers and hence an estimated breeding value (EBV) could be developed, Prof Roehe said.

The high level of trait heritability means cattle producers could reliably select sires based on their potential to produce less methane, he concluded.

The work, backed by numerous cattle breeding societies, is ongoing, with traits expected in the coming years.