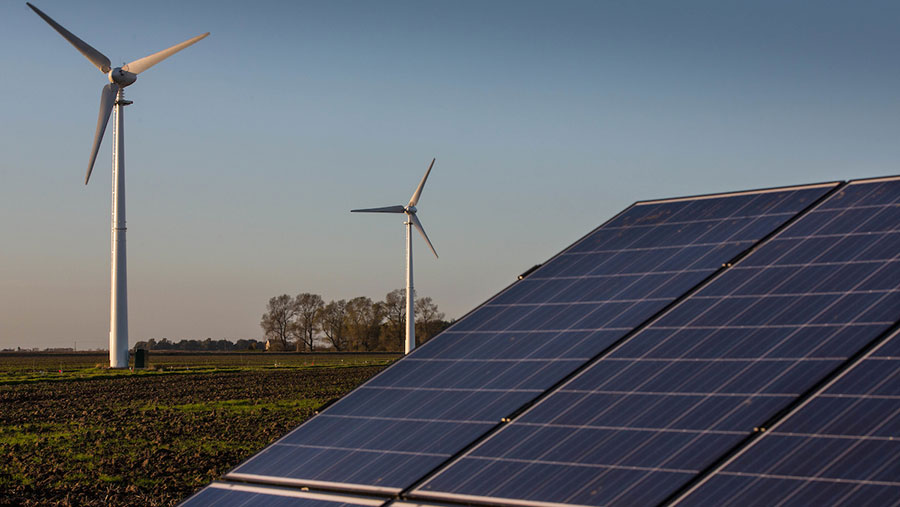 Proposals to double the number of wind turbines in Scotland have reignited debates over the environmental impact of renewable energy and non-food uses for farmland.

The Scottish government aims to increase the number of commercial onshore turbines from about 6,000 to 10,000 by 2030.

If approved, the policy will see onshore power output increase from 8 gigawatts (GW) to about 20GW by the start of the next decade.

The Scottish government – a power-sharing agreement between the Green Party and the SNP – said the proposal would allow the zero-carbon sector to grow.

And while the construction strategy would be on a vast scale, the government insisted Scotland’s natural heritage would be protected by rigorous planning laws.

But campaign group Scotland Against Spin (SAS) said the pressure of wind farm applications on local councils had caused the planning system to break down.

Information officer and farmer Aileen Jackson said councils were under siege, with some, such as Dumfries and Galloway, unable to cope with the number of applications.

It means applications are passing deadlines and developers can then go straight to ministers for a decision by default, Ms Jackson said.

The development is then given the green light at a political level and the local communities’ concerns are being bypassed.

Ms Jackson, whose farm is surrounded by wind turbines, said it was not just the visual impact, but the noise pollution that caused anxiety.

She cited an Ayrshire rural family home and business that is under siege by five simultaneous wind farm applications, which will encircle it from all sides.

“The residents now face having no respite from the noise, regardless which direction the wind blows,” she said.

“Delivering a future Scottish agricultural policy that is fit for purpose must be a priority for the coalition between SNP and Greens.

“It must provide the platform around which greener policy ambitions on land management, land use, reducing emissions and improving the environment can be built alongside food production,” Mr Kennedy said.

“A profitable, sustainable agricultural industry is not only at the heart of a thriving rural economy, but fundamental to the nation’s green recovery and our response to the joint climate and biodiversity crises,” he said.

John Hicks, who has a mixed farm at Cawton, North Yorkshire, has also challenged the loss of land from agriculture to renewable energy, describing global warming and the role of carbon dioxide as a “myth”.

With the global population demanding more food every year, “it is certain our grandchildren will look back on this period of madness with incredulity, as they survey fields of rusting solar panels, wrecked wind turbines and inedible miscanthus,” he told Farmers Weekly.

The debate over wind turbines mirrors a row over a 1,100ha solar installation on the Cambridgeshire/Suffolk border in March of this year.

Farmer Nick Wright, who farms near Mildenhall, described the size of the project as “community-changing”.

“It will have a massive impact – as an industry we need to ask why this area of quality land should be covered in solar panels?”

A similar complaint has been made by third-generation, North Yorkshire tenant farmers Robert and Emma Sturdy, who mounted a campaign in June when they learned that more than half of their land was earmarked for a 75ha solar farm.

“It’s an incredibly stressful time. It just feels like all the work we’ve put into improving the land and the habitat for wildlife counts for nothing,” Mrs Sturdy said at the time.