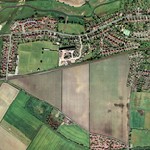 Set-aside looks certain to be abolished for good later this year, with set-aside entitlements converted into normal entitlements.

The proposal is contained within the EU Commission’s “health check” for the whole of the common agricultural policy. This is due to be signed off as a whole package by EU farm ministers in November.

But by then farmers will have already made their planting decisions for the 2008/09 crop year.

To give them a clear steer, the EU Commission has this week put out a statement indicating that member states have already agreed in principle to abolish set-aside.

“The change comes in response to the increasingly tight situation on the cereals market,” it said. “The end of the set-aside scheme will allow farmers to adjust their planting decisions and respond in advance to new market circumstances.”

Set-aside was set at 0% for the 2007/08 season, though many farmers still have land fallow for the coming harvest.