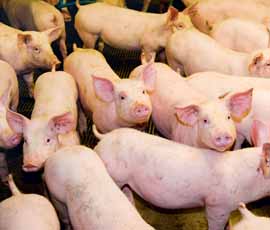 The Soil Association has launched a final attempt to convince planning officials to reject plans to build a 2,500-sow pig unit in Foston in Derbyshire on the grounds it could damage public health.

In a letter to Derbyshire County Council’s planning officer, the organic body says latest research suggests large pig farms increase the risk of swine flu to people working and living on or near the farm.

The association also says the council should take note of plans announced by the Dutch government last month to restrict animal numbers on new pig farms to just 900 sows on public health and ethical grounds.

The letter, signed by Soil Association policy director Peter Melchett, comes just weeks before the council’s planning committee is due to make its decision on whether to give the 25,000-pig unit, proposed by Midland Pig Producers, the go-ahead.

The association has long-protested against the planned unit on the grounds it would be a public health hazard to people living in nearby houses and an adjacent women’s prison.

It has also claimed that allowing large-scale production will damage medium-sized family farms and introduce a “new direction in British farming which is just wrong”.

In the latest letter, the Soil Association points to evidence from researchers at the Veterinary Laboratories Agency and the Royal Veterinary College which suggest a link between pig numbers and human infection with swine flu.

In a research poster published in October, VLA scientists say staff from large commercial holdings were more likely to be infected than those on smaller units.

While the researchers admit there is uncertainty in the results due to gaps in data, they conclude: “Large commercial farms have a higher annual average incidence of infection and an outbreak that starts in a large professional farm is likely to lead to more human infections.”

The Soil Association says the research, coupled with official advice given to the Dutch government to stop large pig units from being built within 250 metres of residential buildings, showed the Foston unit’s proximity to homes was “unacceptable”.