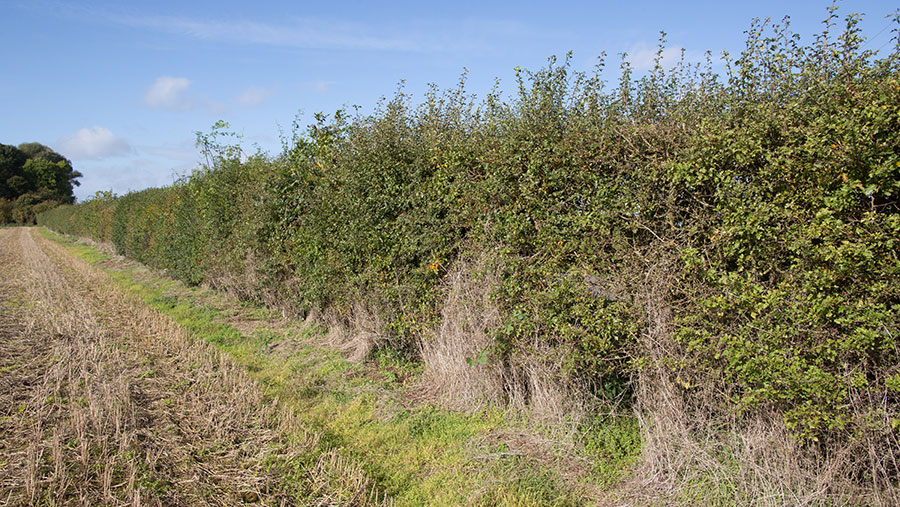 Planting hedgerows on arable land to boost populations of pollinating insects could increase crop yields by 10%, according to new research.

CPRE, the countryside charity, wants the government to act on the recommendation of the Climate Change Committee and expand the UK’s hedgerow network by 40% by 2050.

This could be achieved by increasing protection through existing hedgerow regulations, and by offering incentives through the Environmental Land Management (ELM) scheme to plant new ones.

The charity commissioned the Organic Research Centre (ORC) to investigate what this could mean for farmers and others.

In that study, hedgerows were shown to cut the need for pesticide controls by 30% and increase yields by 10%.

CPRE said this demonstrated that strategic planting of hedgerows on arable land has the potential to pay for itself.

It calculated that for every £1 invested in hedgerows, farmers would see a £1.73 return from higher crop yields and reduced spend on pesticides.

The research found that hedgerows were at their most valuable when they connected to forests with flowering plants on the canopy floor.

In one study, this ecosystem doubled apple yield on a Kent fruit farm, while a similar study in the Netherlands showed this effect increased the value of a strawberry crop by 50% through improved quality and yield.

As much as 5% of carbon sequestration on farms is attributable to hedgerows – an ORC field study showed that a hectare of hedgerows between 3.5m and 6m wide could sequester as much as 131t of carbon a year.

The UK has lost half its hedgerows since the Second World War, when the drive began to increase food production. But while the government has clear targets to increase tree planting, it has yet to set one for hedgerows.

Daniel Carey-Dawes, head of rural economy and communities at CPRE, wants to see local authorities, as well as government, encouraging more hedgerow planting, by integrating these in new developments and avoiding damage to existing ones.

Defra has responded to the CPRE’s research, pointing out that farmers will be rewarded for managing hedgerows sustainably under the new “public money for public goods” payments formula.

At Natural England, chairman Tony Juniper said hedgerows were “very much a part” of the nature recovery network it had set out in its 25-year Environment Plan.