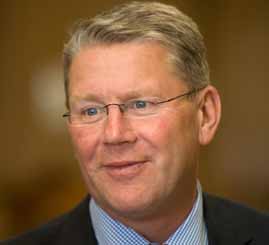 The NFU has criticised the government for putting UK interests at risk by failing to back EU plans to revamp the Common Agricultural Policy (CAP).

The union said it was disappointed Britain had not signed an EU paper which supported a strong agricultural policy and retained separate Pillar 1 (direct support) and Pillar 2 (rural development) payments.

Backing the conclusions made by ministers at an EU farm council meeting in Brussels last week (17 March), NFU president Peter Kendall said any “greening” of the CAP should be cost-effective and avoid duplication between the two pillars.

“The conclusions drawn send a strong signal to the European Commission that it must avoid bureaucratic and overlapping measures that could be difficult for member states to implement, or damage existing environmental stewardship schemes,” he said.

He said the paper, which will inform European Commission legislation on CAP reform later in the year, was “particularly relevant” after agriculture commissioner Dacian Ciolos backed compulsory greening measures.

“There is a very real fear that the commission’s approach could damage our competitiveness and, ironically, make farmers more reliant on support, rather than less,” Mr Kendall added.

“Any compulsory greening of Pillar 1 could also compromise participation in existing voluntary schemes, which aim to reward farmers’ work in protecting and enhancing the environment. This must be avoided and current stewardship schemes allowed to flourish.”

Mr Kendall said the conclusions – which seven countries, including the UK, Denmark and Sweden, refused to sign – were balanced and endorsed a strong common policy that built on the success of previous reforms.

“I understand that the UK worked hard to improve the language on these conclusions, so it is a pity that our government was unable to sign up to them,” he added.

“There is a serious risk that if the UK isn’t seen to be part of the main body of opinion in the EU, UK interests may not be properly reflected in how the CAP reform progresses.

“It is really important that we have a government that is shaping reform negotiations in Brussels; one that is forming strong alliances with key member states,” he said.