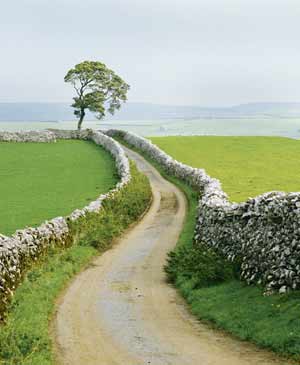 Upland tenant farmers whose landlords have a Heritage Agreement to avoid paying Inheritance Tax could miss out on thousands of pounds in farm support.

The tenants will be unable to join the newly launched Uplands Entry Level Scheme and be deprived of income that should be replacing the Hill Farm Allowance, according to Yorkshire land agent Chris Windle.

Mr Windle of Windle, Beech, Winthrop in Skipton, said: “The Heritage Agreement was made between estate owners and HM Revenue and Customs over 20 years ago – although at the time there was no consultation over the long-term implications for tenant farmers.

“The landowner’s estate does not have to pay Inheritance Tax upon his death if he agrees to provide something that is of value to the nation while he is still alive,” said Mr Windle.

“The government believes it has already made a financial allowance through the Heritage Agreement and so regards making further payments to farmers as being double-funding – something it will not agree to,” he said.

As well as historic and archaeological features, the agreement includes stone walls, the upkeep of which should attract a support payment under the UELS.

“The landlord is benefiting from taxation exemption while farmers are often finding that maintenance of stone walls is still part of their tenancy agreement for which they will receive no UELS funding.”

One North Yorkshire hill farmer said he would struggle to find enough points to join the UELS.

“There are miles of stone walls on my tenanted land that are eligible for points but fall within the Heritage Agreement,” said the farmer, who asked not to be named.

“Even though I can’t qualify for UELS funds for these walls, I’m supposed to be responsible for their maintenance under my tenancy agreement.”

Tenant Farmers Association chief executive George Dunn said he was annoyed that this situation was now emerging when DEFRA had been alerted to the potential problem two years ago.

“The TFA knew this situation would arise. But, even though DEFRA secretary Hilary Benn was given a year to look at the issue of how Heritage Agreements would affect tenants, the department decided to take no action.”

The TFA has called on landlords and tenants to discuss their individual situations to try to find an amicable solution with the help of the Tenancy Reform Industry Group.