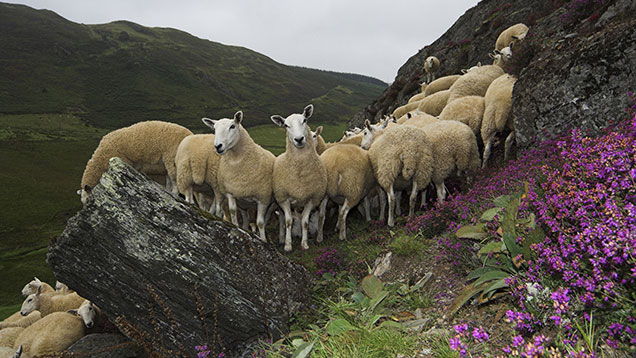 Wales’ plans for a new area-based Basic Payment Scheme (BPS) are in turmoil after a controversial plan to pay upland farmers just €20/ha (£15.80/ha) were scrapped by the Welsh government.

A judicial hearing initiated by a group of farmers calling themselves Fairness in the Uplands was due to take place on Friday (12 December) but at the eleventh hour the Welsh government agreed to quash regulations that defined Wales’ BPS payment regions.

Questions are now being asked about the future of the new payment scheme.

“This risks degenerating into a shambles and will be a huge blow to the Welsh government’s credibility,’’ said Plaid Cymru agriculture spokesperson Llyr Gruffydd.

He said the decision would have “far-reaching consequences’’. “Whilst it will be a welcome Christmas present for some, it will raise questions about the implementation of the area-based basic payment scheme in Wales.’’

Deputy farm minister, Rebecca Evans, admitted that the payment rates for land in moorland regions had been contentious but insisted those rates were based on the productivity of land.

“This risks degenerating into a shambles and will be a huge blow to the Welsh government’s credibility.”
Llyr Gruffydd, Plaid Cymru

“From an early stage it was apparent that the required move to an area-based Basic Payment Scheme with common area rates would mean that some recipients would receive higher payments and some lower than had previously been the case through the Single Payment Scheme,’’ she said.

The legal challenge had, however, shown that some land below 400m would have the character of moorland but would have received the higher payment. The concept of the moorland payment region was therefore flawed.

“We have accepted this and all parties have agreed to the making of a consent order by the court quashing the regulations that define the BPS payment regions,’’ said Mrs Evans.

“I will now be considering the options available to the Welsh government, which I will consult on, and which will be subject to approval by the European Commission.

Farmers who had appealed against their moorland classification will now have any fees they incurred reimbursed by the Welsh government.

It now looks likely that the government will launch a further consultation on options for the BPS payment regions and payment rates.