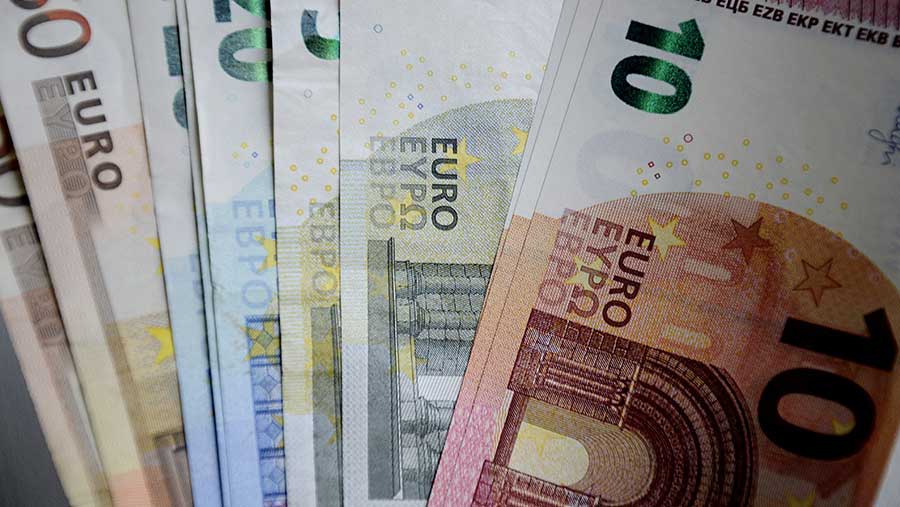 Farmers in continental Europe are facing cuts in their subsidies after the UK leaves the EU in March 2019.

The spectre of cuts in the CAP was raised in the European Commission’s Reflection paper on the future of EU finances report, which was published on Wednesday (28 June).

See also: Farmers have their say on future of subsidies

The EU pours 40% of its annual budget into the CAP, but this could see significant reductions to its €58bn (£51bn) a year allocation after 2020.

Three of five scenarios included in the paper suggested that EU farm subsidies could be cut.

“If you reflect upon cuts there can be no area which is immune,” said Mr Oettinger, speaking at a press briefing in Brussels.

However, although he admitted “hard choices” lay ahead, he said the commission “would reject any kind of wide sweeping cuts particularly in the area of agriculture”.

The paper suggested EU farmers will have to work harder for their money after Brexit.

It said there are “growing demands to orient the CAP further towards the provision of public goods related to the protection of the environment and climate action”.

The paper also hinted at a targeted approach to direct payments “to ensure incomes to all farmers across the EU, particularly for marginal areas and the poorest farms”.

The Irish Farmers Association has argued CAP subsidies should be increased after Brexit to help farmers deliver on environmental and social goals.

Farmers in Ireland are already competing against UK farmers who have benefited from a devaluing in sterling since the EU referendum result last year.

The NFU said the UK government must ensure British farmers remain on a level playing field with their EU counterparts after Brexit.

Andrew Clark, director of policy at the NFU, said: “I’m not surprised to hear that agriculture budgets in Europe are under pressure.

“We saw that with the last CAP reform as a consequence of the EU’s multiannual financial framework package. That’s why we saw greening introduced and strengthened as part of the policy reform.

“Agriculture budgets across the world will continue to be under pressure in this period of austerity – and I suspect there will be similar pressure within the UK to justify continued support for farming in the UK too.

“It is beholden on us all across the industry to continue to talk confidently about what farming does for the country.”