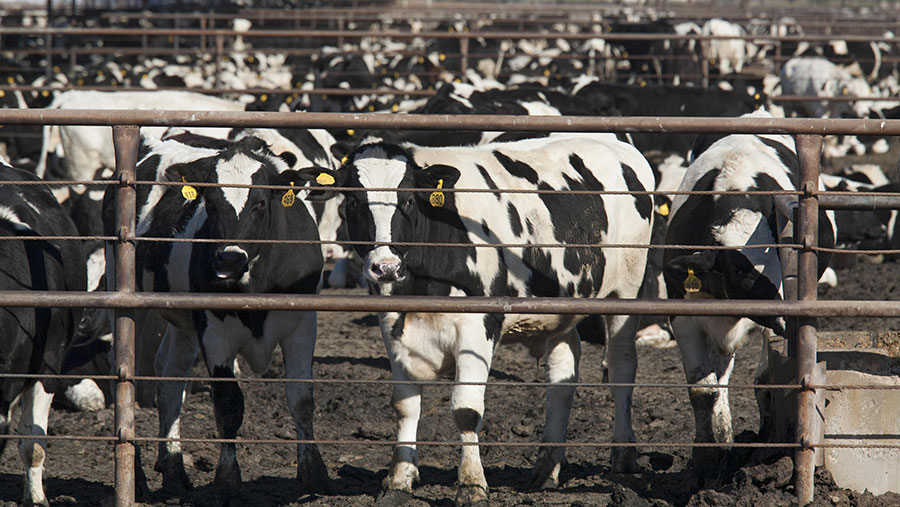 The Soil Association says it has identified 10 threats from a possible US trade deal after the UK leaves the European Union.

UK environmental and animal welfare standards could be undermined by a US trade deal, posing a number of threats to public health and food and farming standards, it claims.

Production methods including chlorine-washing chicken, feeding pork ractopamine and treating beef with hormones are allowed in the US, but banned in the UK.

Soil Association head of policy Rob Percival said: “There is no public mandate for food and farming standards to be sacrificed in pursuit of a US trade deal.”

UK farmers needed further reassurance that food and farming standards would not be undercut by a flood of low quality imports after Brexit, said Mr Percival.

Top 10 risks from a US trade deal

Antibiotics crucial to human medicine are still being used in “unacceptable” quantities on US livestock farms, despite rules brought to curb their use, claims the Soil Association.

A US trade deal risks undermining the efforts by UK farmers to reduce antibiotics use, it says, fuelling antimicrobial resistance with potentially grave consequences for public health.

The Soil Association and other farming organisations have warned of the threat to the UK farming industry if British farmers are forced to compete against cheap, low-quality food imports.

If UK farming is forced to compete on price with countries like the US that operate to different or lower standards, UK farming may become unprofitable, says the Soil Association.

“This could create a ‘race to the bottom’ and the lowering of standards, including standards of food quality, environmental protection and animal welfare,” it warns.

The UK currently holds a suite of significant and valuable agri-food trade relationships with the EU-27, says the Soil Association.

“A weakening of UK food standards, or a future lack of alignment with EU standards resulting from a US trade deal could result in barriers to UK farmers and food companies wishing to export their products to the EU’s single market.

“These barriers would pose significant risks for food businesses and for farmer livelihoods.”

Recent comments from a senior representative of the US government have suggested that the US are “sick and tired” of UK concerns over chlorine-washed chicken.

But the Soil Association claims that using acid and chlorine washes at the end of the poultry production chain produces chicken that may not be safe for consumers to eat.

It says this remains an important issue for UK citizens, who have no desire to see welfare standards lowered after the UK leaves the EU.

The US Food and Drug Administration (FDA) allows steroid hormone drugs for use in beef production, which has been banned in the EU since 1989.

Cattle producers use hormones to induce faster, bigger animal growth, but this comes at a cost, says the Soil Association.

In the event of a US trade deal, hormone-treated beef could be sold in the UK, posing potential public health risks, it argues.

The Soil Association says nutritional labelling – such as “traffic light” logos – has been an important requirement in supporting UK public health.

It says imported US food already enjoys a voluntary concession to the UK labelling requirements, so any trade deal is likely to weaken these consumer labelling efforts further.

A US trade deal could also result in a flood of low-cost ultra-processed foods into the UK, claims the Soil Association, placing a “potential double health burden” on British consumers.

The Soil Association opposes genetically modified foods – and says 88% of corn and 93% of soya in the is produced using GM techniques.

A US trade deal could increase the likelihood that GM products are sold in the UK, contrary to the public’s wishes, it argues.

The use of pesticides to produce food has been linked with a decline in insect populations and biodiversity, says the Soil Association.

A US trade deal that results in more pesticide use risks damaging UK wildlife, it warns.

Incidences of food poisoning in the US affect 14% of the population annually, says the Soil Association. This is 10 times greater than in the UK, where 1% is affected.

“Maintaining high food standards is a priority for the UK public,” it says.

When a recent IPPR poll asked whether the UK should lower food safety standards to secure a trade deal with the US, 82% of UK citizens said they wanted to retain food standards as they are.

In the US, products that include food colourings such as Yellow 5 and 6, Red 3 and 40, Blue 1 and 2, Green 3 and Orange B are available for purchase and do not require labelling.

It says a US trade deal could see these banned substances consumed by children – with inadequate labelling leaving parents unsure which products are safe.