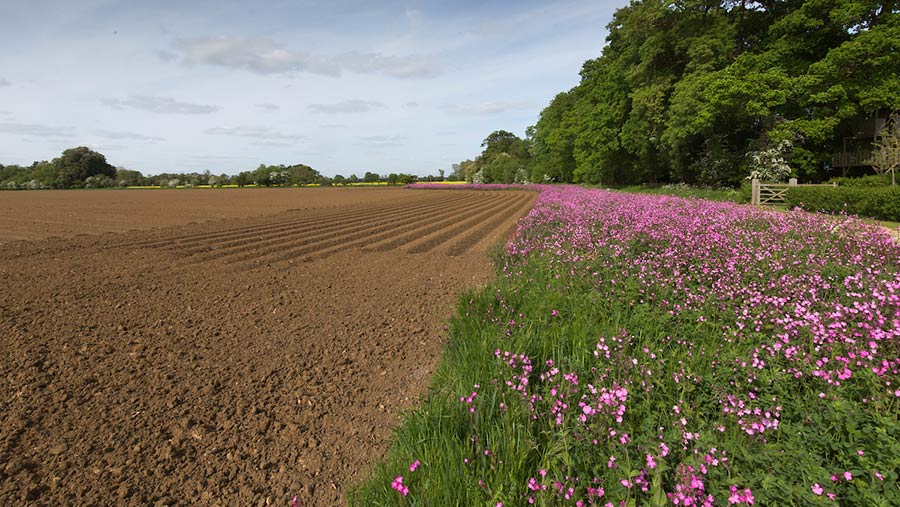 The £3.2bn that is currently spent on British agriculture each year through the Common Agricultural Policy should be rolled over for at least the next 10 years, but used to incentivise “nature-friendly farming”.

This is outlined in a new report from the RSPB, National Trust and the Wildlife Trusts – Paying for Public Goods from environmental land management in England – which says that the funds are needed for a range of activities, including:

Patrick Begg, outdoors and natural resources director at the National Trust, said: “If the government wants farmers to get on board with restoring nature, it must provide the certainty and security of long-term funding, backed by first-class and first-hand advisory services.

“We hope that ministers will take it on board and guarantee this money for farmers, not just for the next one or two years, but at least the next decade.”

The conservation bodies are also demanding that the Agriculture Bill, which has been dropped following the suspension of parliament this month, must be carried over to the next session, “so we don’t lose the progress that’s already been made”.

The £3bn cost estimate updates the findings of a previous (2017) study by the same organisations, which then put the cost of meeting environmental land management priorities at between £2.2bn and £2.3bn a year.

The updated figures consider changes to input and output costs since then, and incorporates £62m for providing advisory services and another £247m for maintaining farming in the uplands.

Responding to the policy paper, Country Land and Business Association (CLA) president Tim Breitmeyer said the figures were a starting point for any conversation on what a future payment system will look like.

“They support the CLA’s consistent message that more than the current budget will be needed if we are to support the aspirations of the 25-year environmental plan while boosting productivity.

“The proposed changes to the system are wide-ranging and farmers will require ongoing support to make the most of these new opportunities.

“It is for this reason that the CLA has called for an additional £200m a year to increase productivity, skills and knowledge throughout the post-Brexit transition period.”

Mr Breitmeyer said the ball was now firmly in the government’s court.

A Defra spokesman said the government was committed to creating an ambitious new system based on paying public money for public goods, once the UK leaves the European Union on 31 October.

“We fully recognise the concerns felt by farmers which is why we have already confirmed that we will maintain the same cash total in funds for farm support until the end of parliament as well as guaranteeing funding for projects that are approved by the end of 2020 as part of the Common Agricultural Policy.”