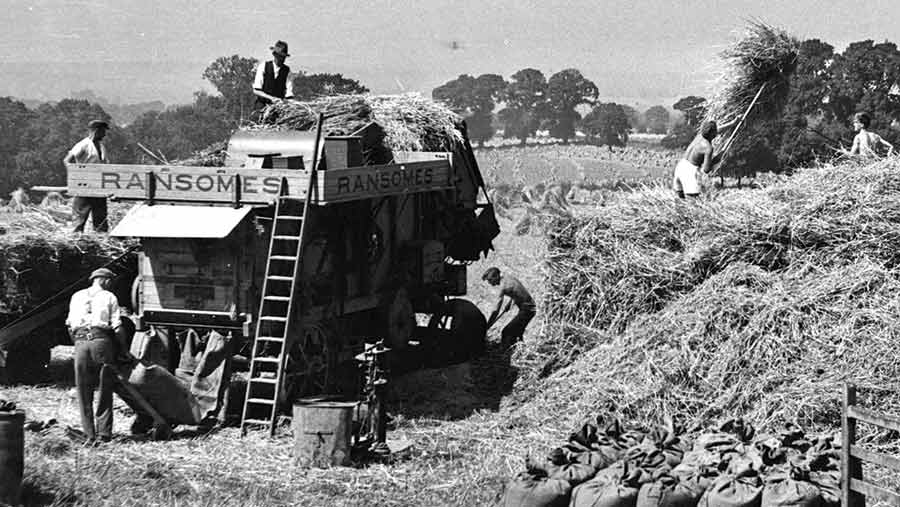 Farmers who want to thrive after the UK leaves the European Union must be prepared to adapt their businesses and obtain more of their income from the marketplace, economists have warned.

Brexit is unlikely to herald a return to the protectionist measures that supported British growers and livestock producers before the UK joined the EU, say some of the country’s leading agricultural economists and historians.

Instead, farmers will have to rely on the market for the bulk of their income, topping it up with environmental work.

The years that followed the Second World War are often seen as a golden age for British agriculture.

The government’s role in supporting farmers post Brexit – and the lessons to be learned from the 1947 Act – were discussed at a British Agricultural History Society conference on Friday 3 November.

More than 40 economists, historians and other delegates attended the event at the Farmers’ Club, London.

While pre-EU support revolved largely around productivity measures to increase farm output, future support is almost certain to be focused on rewarding farmers who undertake environmental measures – the delivery of “public goods” – with some support to mitigate market volatility.

But recent years had seen the environmental lobby come to the fore and there were now wider interests at play, he suggested.

“It has become much more difficult for the agricultural industry to dominate the policy debate,” said Dr Brassley.

David Harvey, emeritus professor of agricultural economics at Newcastle University, suggested it was increasingly evident the government was preparing to introduce a suite of policies that would encourage farmers to look after the natural environment, enhancing resources such as soil, while protecting Britain’s rural heritage.

At the same time, post-Brexit policy was likely to try to “rectify the mistakes” of previous policies that had encouraged farmers to increase output – sometimes at the expense of the environment, said Prof Harvey.

The agricultural industry was suffering from almost a century of baggage, he suggested.

“Getting rid of that policy dependency will not be easy,” said Prof Harvey, who believes farmers must become more market focused.

“Essentially, the economic, rational basis for future policy is to fix market failures, to sort out the provision of public goods and the environmental externalities. But it is also to fix past policy failures, too.”

There was no simple answer, but rectifying policy failures was just as important as addressing market failures, and both needed serious thought.

Rather than expecting farmers to choose from a menu of environmental measures they might be paid for, it was also important to “capture public willingness” to pay for those environmental services.

The key questions were how much to pay, for what and to whom, said Prof Harvey.

“Those questions won’t go away, and they wouldn’t have gone away even if we voted to remain in the EU.

It does seem to me pretty improbable that the UK is going to go on sanctioning direct payments to the tune of £2.3bn annually to UK agriculture in anything like a predictable future.”

This made it vital that farmers learned to adapt and adjust to a future without direct payments, said Prof Harvey.

The annual farm business survey suggested one in four farms made a loss, with many more reliant on subsidies or direct payments just to break even or make a small profit.

“As an industry, agriculture has been losing money. What that says to me is there is pent-up structural change in this industry.

That is exactly the argument you hear in some quarters of the farming industry: we don’t want [subsidies] any more because they are preventing the appropriate adjustment of this industry to modern market conditions.”

The countryside would look much the same in 30 years time, especially when viewed from the air.

But the structure of the industry would change and it was likely there would be fewer farmers. In the meantime, farmers needed certainty so they could plan their businesses.

“British agriculture can survive but it does need to know the rules of the game.

The biggest problem for agriculture today is that farmers are trying to make plans that will take five years to come to fruition and they don’t know what conditions are going to be in the next five years. If they did, life would be easier.”

What was the 1947 Agriculture Act?

The government’s goal was to increase output of home-grown food and reduce reliance on imports.

Farmers were protected against market fluctuations by prices which were set following annual negotiations between farm leaders and the Ministry of Agriculture.

The prosperity this provided gave growers and livestock producers a sense of  security unknown since the mid-19th century.