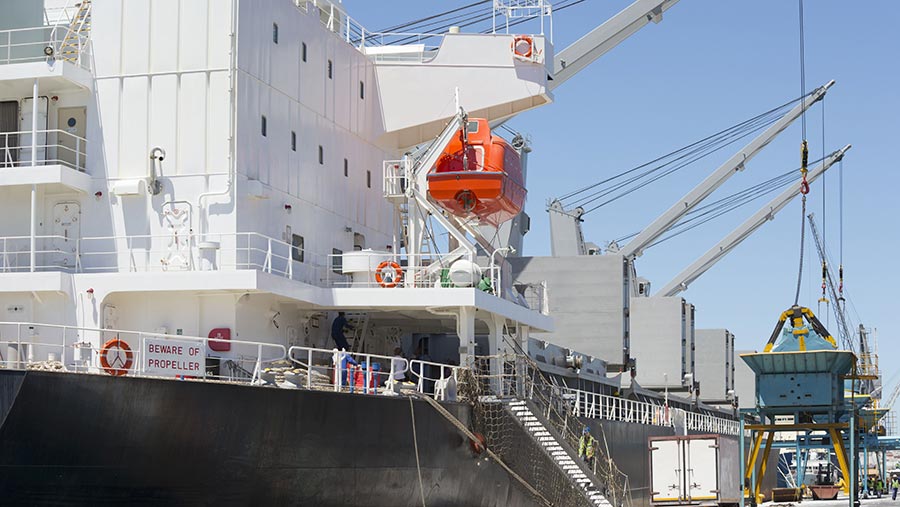 The cabinet consensus on the Chequers proposals lasted just 48 hours and ended with the shock resignation of Brexit secretary David Davis late on Sunday evening (8 July).

It remains to be seen if anyone other than his influential underling, Steve Baker, will follow him out of the door, but farming leaders will be hoping that Theresa May will be able to nip this fresh crisis in the bud.

That’s because if she fails to hold the consensus in her cabinet and get the EU to agree to the proposals, there is little hope for a better deal for farming than that which the cabinet agreed last Friday (6 July).

When ministers agreed to “maintain a common rulebook for all goods, including agri-food,” what they were referring to was sanitary and phytosanitary regulations.

These are a set of rules that all EU members have signed up to, which agree to produce food and agricultural products such as chemicals, medicines and seeds to a certain standard, in order to protect human health and prevent disease outbreaks.

In return, these goods can flow across borders without having to be stopped for paperwork examination and physical inspections.

By promising to continue to maintain these standards, the hope is that the UK would not be relegated to “third country” status, which is the term for countries sending goods into the EU that are not members.

Speaking to the House of Lords EU External Affairs sub-committee last week, Sam Lowe, a research fellow at the Centre for European Reform, highlighted the risks for the UK of breaking away.

He said every product of animal origin shipped to the EU from third countries has to enter via a special veterinary border inspection post.

Upon leaving the EU, the number of avenues for British goods into Europe would be slashed, as not every entry point has such a facility.

Calais and the Eurotunnel, for example, do not have such status, meaning British food destined for France would probably be routed through Dunkirk. But it does not have much capacity, raising the prospect of having to send significantly more through places like Rotterdam, adding time and cost.

By proposing to maintain these sanitary and phytosanitary standards, Mrs May has also improved the prospects of seed companies and agri-medicine manufacturers who rely on two-way trade and harmonised standards to simplify supply chains.

These companies had been concerned that, had the UK proposed to abandon the EU standards, there would have been additional red tape for bringing in products registered in the EU, such as a new vaccine or breed of wheat.

There would also have been reciprocal issues in sending products invented and registered in the UK the other way. And with the EU market being much bigger, there was concern it would drive jobs and investment away from Britain.

Uncertainty over the future trading relationship has already driven one animal health firm to move jobs to the continent, and the industry has raised the prospect of UK farmers having access to fewer chemicals and medicines after Brexit.

If the EU agrees to these proposals, it will go a long way towards allaying the fears of manufacturers and allow business to start planning for the future again.

The other factor from a producer perspective is that, by continuing to maintain the EU’s strict standards on animals and animal products, the UK will be much less likely to be able to import food produced to different standards from other countries.

This would block American beef from coming our way, or the oft-mentioned chlorinated chicken.

This has provoked fury from Brexiters, who say the whole point of leaving was to have the power to negotiate on our own terms, and lower the cost of living by removing the protectionist barriers that the EU has erected, particularly for farming.

And, while we will have our own agricultural policy after leaving, by continuing to produce food to standards set by the EU, it means that we would still be aligned to many of their rules, without us having any say.

That might be a problem if, for example, EU regulators decide to ban glyphosate in future. Even if a UK government decided it didn’t agree with the decision, it could mean it would be very difficult to carry on using it.