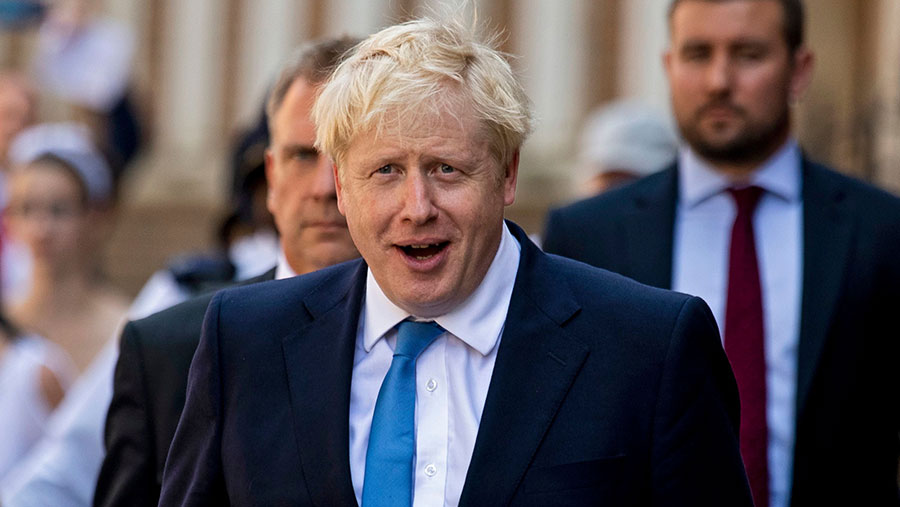 Farm leaders have urged incoming prime minister Boris Johnson to do everything in his power to avoid a no-deal Brexit, warning that failure to do so by his self-imposed deadline of 31 October would be disastrous for the sector.

In a letter to the new Conservative party leader, NFU president Minette Batters said securing free and frictionless trade with the EU was crucial.

“British farming is one of the nation’s most important assets, delivering safe, traceable and affordable food to millions, all the while taking care of the beautiful countryside we have such pride in,” she said.

“It underpins the nation’s largest manufacturing sector, food and drink, contributing more than £120bn to the economy and employing almost four million people.”

The letter sets out five policy priorities which the NFU says Mr Johnson – who comes from a farming family and is a former agriculture correspondent for a national newspaper – should pursue. These are:

Farmers Union of Wales president Glyn Roberts also emphasised the dangers for farmers of a no-deal Brexit on 31 October under a Boris Johnson government.

“We are absolutely clear, no responsible UK government would allow the UK to leave the EU without a deal,” he said.

“The latest analysis by Hybu Cig Cymru suggests 92.5% of our lamb export trade could disappear if we go over the Brexit cliff on 31 October.”

National Sheep Association chief executive Phil Stocker agreed that “the picture is bleak” if Mr Johnson refuses to avoid a hard or disorderly departure from the EU.

“Leaving without a deal and ending up with a WTO Brexit will cripple our trade,” he said.

“To suddenly add a tariff of 40-50% of value will make trade to the EU unworkable without severe price collapses that the industry cannot carry.”

NFU Scotland president Andrew McCornick said it was imperative Mr Johnson delivered on his pre-leadership promises, including to make good the £160m shortfall the Scots have suffered as a result of the “convergence funding” decision taken by a previous Conservative government in 2013.