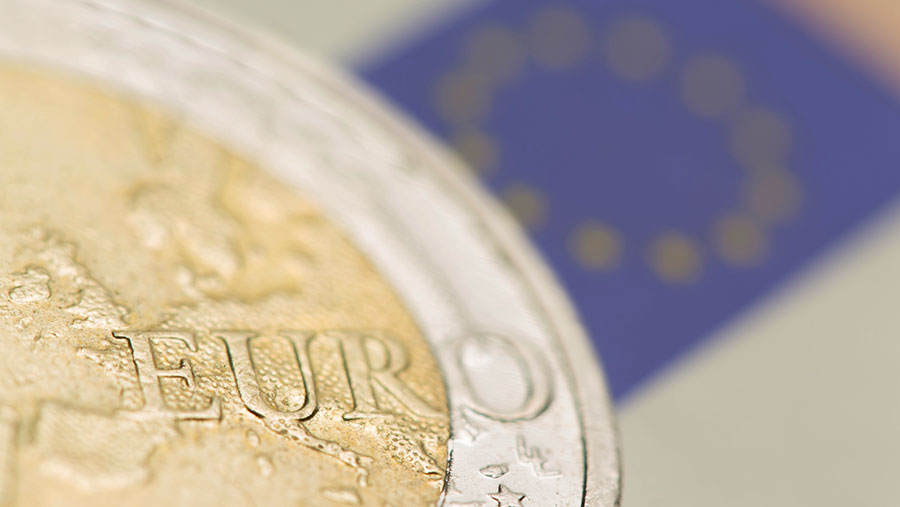 Brexit campaigners insist farmers will receive the same amount of public money if the UK votes to leave the European Union.

Funding projects for agriculture will be continued until 2020 –, according to an open letter by Vote Leave, which has been signed by a number of government ministers.

It says: “There is more than enough money to ensure that those who now get funding from the EU – including universities, scientists, family farmers, regional funds, cultural organisations and others – will continue to do so while also ensuring that we save money.”

Mr Eustice told Farmers Weekly: “The amount of money spent on our countryside and wildlife is very modest when compared with spending on other departments.

“But we could spend our money more effectively if we had control.”

Mr Eustice added: “We would have more than enough money to fund a national agriculture policy, and all ministers campaigning for a vote to leave have been clear that we would continue to support agriculture and the environment.”

While that might be the case, many farmers believe support for agriculture will decline if the UK leaves the EU.

Less than 20% of farmers think future government support for agriculture will remain at broadly similar levels in the event of a vote to leave the EU, according to a survey by Exeter University.

Almost half (45.8%) of those questioned said the interests of British agriculture would be best served by the UK remaining in the EU, while more than one-third (35.5%) indicated it would be better to leave.

Former NFU president Sir Peter Kendall, who is campaigning for the UK to remain part of the EU, said “leave” campaigners were “taking farmers for fools”.

Claiming support would continue at current levels was “dishonest and patronising,” said Sir Peter on Twitter.

Meanwhile, Welsh farm leaders have warned that agriculture could be decimated, should the UK vote to leave the EU.

A decision to leave the EU would be catastrophic for Welsh agriculture unless every UK political party made a complete U-turn on the key agricultural policies published over the past 20 years, he said.