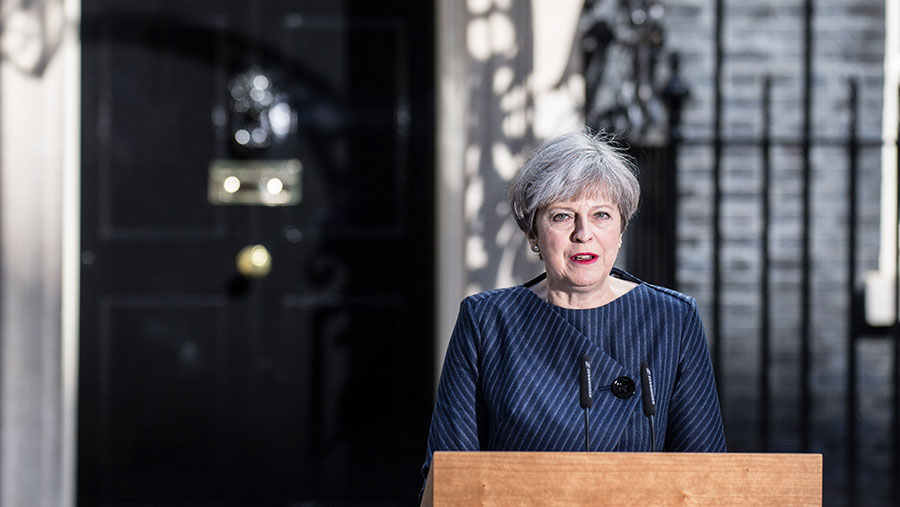 This week’s announcement that a general election is to be held on 8 June is creating fresh uncertainty for farmers, industry leaders have warned.

“For Scottish farmers, crofters and food producers looking for certainty and confidence in an uncertain, Brexit-dominated landscape, this announcement will only add to mounting questions about the future,” said NFU Scotland president Andrew McCornick.

“Clearly, this election will be fought on one overarching issue – Brexit. It is absolutely vital that the significant interests of the agricultural industry are heard properly, given our clear interest in the Brexit negotiations.”

Mr McCornick said it was vital every political party fleshed out exactly what they want from the Brexit process, while clearly stating their vision for agriculture and food production.

Tenant Farmers Association chief executive George Dunn agreed it was important that each party’s manifesto spelled out what they believed the domestic agricultural policy should be once the UK is no longer subject to the Common Agricultural Policy.

“In a world that is becoming increasingly insecure, both through the rise of global terrorism and the straining of international relationships, it is certainly time to look again at the need to increase our self-sufficiency in food,” he said.

“This is only heightened by the fact that we want high standards of production in relation to the environment, animal welfare and consumer safety which cannot be guaranteed by a greater reliance on imported products.”

The Farmers’ Union of Wales (FUW) also expressed concern, insisting that the general election should not distract from the Brexit process.

FUW president Glyn Roberts said: “We have long been calling for the creation of a post-Brexit UK agricultural framework, and discussions between UK and Welsh government have been frustratingly slow.

“The timing of this election will do nothing to aid progress. We therefore urge the Westminster government not to ignore the critical issues at hand.”

The NFU said it would use the next seven weeks in the run-up to the general election to ensure that all parties engaged with the food and farming community.

And the Country Land and Business Association said the election provided an opportunity to remind candidates across all the major parties about the relevance of the rural agenda.