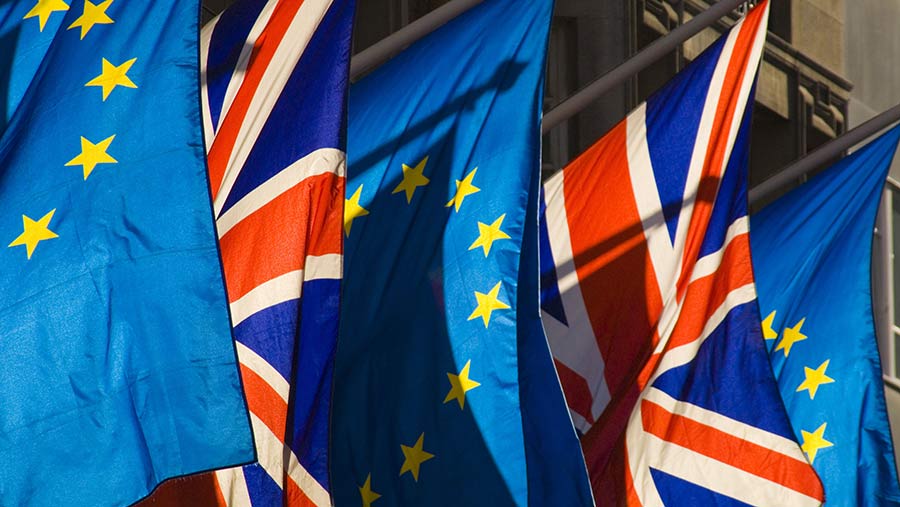 NFU Scotland has become the second farming union to break ranks and say it wants Britain to stay in the European Union.

Only weeks ago, the Farmers’ Union of Wales (FUW) reiterated its long-held view that the UK must remain in the EU.

And it called for work to be done to quantify the potential impact of an EU withdrawal on agriculture and rural communities.

Now, NFU Scotland has added its voice to those who think that the overall benefits of staying in the EU currently outweigh any advantages businesses would gain from an exit.

Prime minister David Cameron is to hold a referendum on the future of Britain’s EU membership by the end of 2017.

It will be the fifth time in as many years that Scottish citizens have gone to the ballot box.

NFUS vice-president Andrew McCornick was due to set out the union’s position on EU membership on Thursday (3 December).

He will give evidence to the Scottish Parliament’s European and External Relations Committee.

Written evidence provided in advance to the committee states that conditions under which Scottish farmers and crofters would operate in the event of an EU exit are unknown.

“Put simply, the interests of agriculture in Europe are clear – farmers would prefer to farm without the financial support they receive from the EU, but the reality is that most farms don’t make enough from the market for this to be possible,” said Mr McCornick.

“The role of direct support in overall Scottish farm incomes is complex but invaluable.

“Any drop in, or removal of, direct support could lead to a significant number of Scottish farm businesses hitting barriers and will remove the ‘multiplier’ effect of the farmers’ pound, to the detriment of the food sector and the wider rural economy.”

In addition, ensuring free access to the European single market, which allows tariff-free trade among all member states, was of “great importance” to Scotland’s food and drink industry, which had an export value of £5.1bn in 2014.