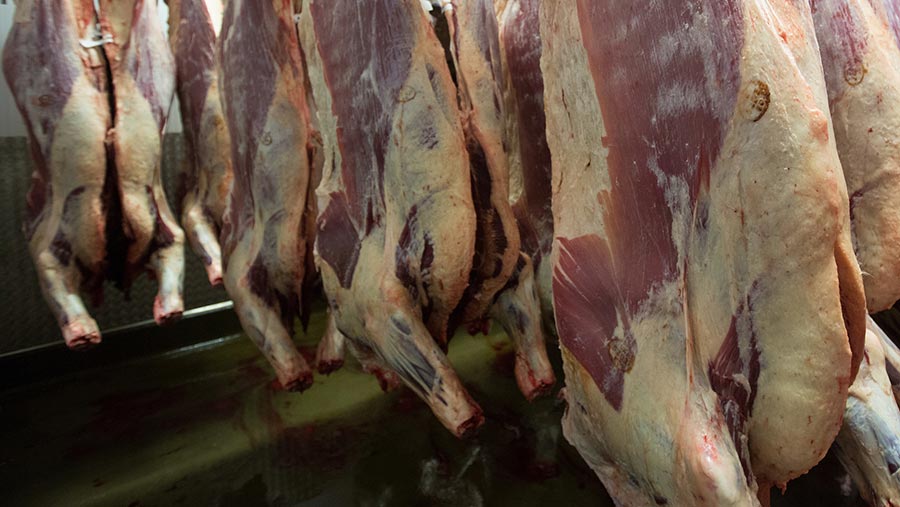 Animal and animal products exports to many countries the UK currently trades with may grind to a halt in the event of a “no deal” with Brussels, as Defra has failed to make sufficient progress in some of its Brexit preparations.

According to a new report from the National Audit Office (NAO), the risk of Defra not delivering everything it had originally intended for a no-deal scenario is “high”.

In particular, it points to animal and animal product exports, valued at £7.6bn.

“For the UK to continue exporting, it must comply with international health requirements and all exports must be accompanied by an export health certificate,” it says.

This means that, outside the EU customs union, Defra will need to negotiate with 154 countries to introduce 1,400 different UK versions of current EU export health certificates.

“Defra is focusing on reaching agreement with 15 of these countries, which it estimates account for 90% of total exports, but will not reach the other 139 by March 2019,” says the NAO.

“It has accepted the risk that UK firms exporting to countries where agreements are not reached may not be able to do so for a period after EU exit.”

The NAO also points to the lack of progress made in recruiting enough vets, needed to process export licences for trade with the EU in the event of a “no deal”.

“Without enough vets, consignments of food could be delayed at the border, or prevented from leaving the UK,” it says.

Defra had intended to start engaging with the veterinary industry in April 2018, but had been prevented from doing so by the Department for Exiting the European Union. It now plans to launch an emergency recruitment campaign in October, and could also use non-vets to check records and processes.

“Changes to veterinary certification could have serious consequences for the UK’s ability to trade animal products, which could have a devastating impact on our agricultural industries,” said BVA president John Fishwick.

Beyond these areas, the NAO also points to potential problems with chemical exports from the UK – worth £17bn annually – which will depend on future participation in the European Chemicals Agency.

“Without this, UK chemical manufacturers would no longer be able to export products to EU member states as registrations of products would cease to be recognised,” it warns.

To recover market access, they will need to re-register their products on the EU’s system via an affiliate located in an EU member state.

“This is a lengthy process that cannot be started until the UK has left the EU.”

The report does highlight some positives, however. For example, Defra has secured Treasury approval for £320m of spending in 2018-19, has started to build new IT systems in readiness for Brexit, has recruited over 1,300 new staff and published consultation documents on agriculture and fisheries.

A Defra spokesman said that, since the NAO report was written, the department had continued to reprioritise resources, expand its workforce and prepare for a range of Brexit scenarios.

“Our work will mean that environmental, welfare and biosecurity standards will continue to be met in a way that supports trade and the smooth flow of goods.”

But, according to Meg Hillier, chair of the public accounts committee: “Defra’s planning was initially too optimistic and, as a result, it has missed a large chunk of milestones.

“We are rapidly running out of time for Defra and other departments to finish planning and deliver completely new services and functions, and a huge volume of legislation.”