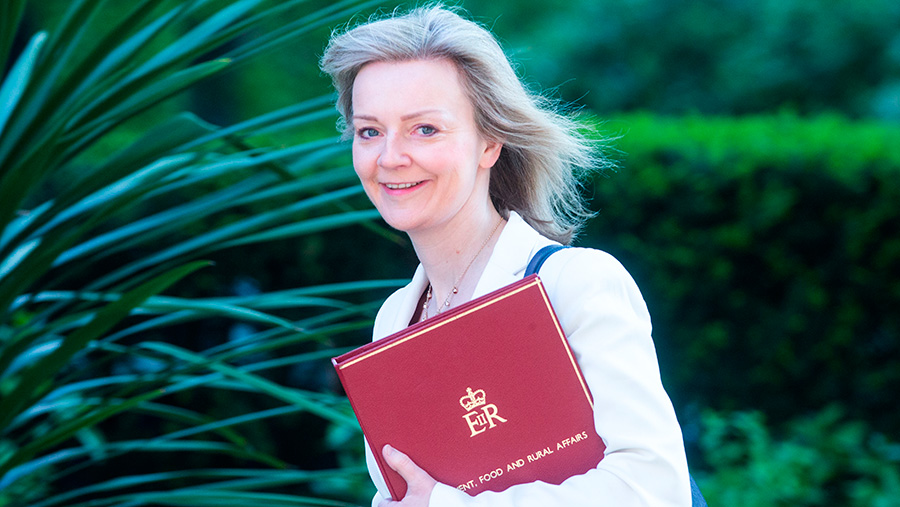 Defra secretary Liz Truss says existing policies for food and farming will remain in place until the UK leaves the EU.

In a move to reassure farmers following the UK referendum vote to leave the EU, Ms Truss said there would be no immediate changes to agricultural policy.

“On Friday we heard a clear message from the British people,” she said.

“We must now put our shoulder to the wheel so we leave the European Union in the best way for Britain.”

See also: Brexit – what happens next for UK farmers?

Ms Truss said prime minister David Cameron had made its clear there would be no triggering of Article 50 – which starts the exit process – until his successor was in place.

She added: “There will be no immediate changes – until we leave the EU current arrangements for farming and our environment remain in place.”

Leaving the EU gives us the opportunity to build a new British agricultural policy which is adapted to our needs – one that’s easy to understand and simple to administer Meurig Raymond, NFU

Ms Truss said the government was now preparing to negotiate the UK’s exit from the EU.

“Defra officials will be working with a dedicated unit in government to look at a future package for farmers and the environment,” she said.

“There clearly needs to be a system of agricultural support and British farming must remain profitable and competitive.

“Equally, Defra will continue to ensure the right policies are in place for a cleaner, healthier environment.”

The government would work with farming industry to develop new arrangements. This would take time and it would be for the next prime minister to make decisions about future policy.

Mr Raymond has written to EU farm commissioner Phil Hogan, asking for reassurance that promises made during the referendum campaign are delivered.

“We are in a period of extreme uncertainty,” said Mr Raymond.

The NFU would lobby government to ensure policies developed in the coming weeks and months would focus on securing a profitable, productive and competitive farming industry.

Mr Raymond said he had already spoken to Mr Hogan, outlining the need to secure the “best possible access” to markets in the rest of Europe.

Although we will not be a member of the EU, it will still be our major trading partner for the foreseeable future, Mr Raymond said.

During the referendum period, schemes such as the Rural Development Scheme and the Basic Payment Scheme were assured until 2020 – allowing farm businesses to plan ahead.

Mr Raymond said it was vital these schemes should remain in place during the forthcoming period of negotiations as the UK prepared to leave the EU.

“Leaving the EU gives us the opportunity to build a new British agricultural policy which is adapted to our needs – one that’s easy to understand and simple to administer.

We have a golden opportunity to ensure our arrangements in the future are proportionate and decisions are based on sound science.

We will be looking for guarantees from government that the support given to our farmers is equal to that given to farmers in the EU, who will still be our principal competitors.