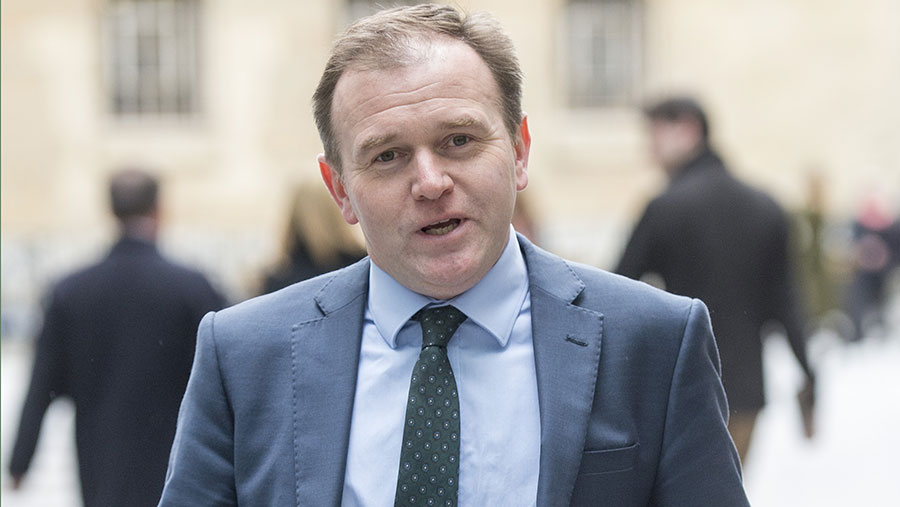 Fledgling policies for farming if the UK leaves the European Union are little more than a wishlist rather than a coherent plan, say industry leaders.

Defra minister George Eustice outlined his initial thoughts on the future policies for agriculture outside the EU to farmers at the NFU’s annual conference on Wednesday (24 February).

A system of area payments would probably be retained with auto-accreditation schemes to avoid the chaos of an annual application process with a hard deadline, he suggested.

Mr Eustice made the comments after confirming he would support the campaign for the UK to leave the EU in the forthcoming referendum on 23 June.

The stance puts the minister at odds with Defra secretary Liz Truss, who has warned that leaving the EU would be like a “leap into the dark”.

Responding to Mr Eustice’s comments, the Farmers’ Union of Wales (FUW) said a detailed contingency plan for agriculture should the UK vote to leave the EU was absolutely essential.

“George Eustice recently hinted what a contingency plan for agriculture could look like but there are apparently no firm or detailed plans in the pipeline,” said FUW managing director Alan Davies.

“What is being said is little better than speculation.”

The union’s renewed call for a plan B comes after Mr Eustice implied a system similar to current area payments would “probably” be kept if the UK left the EU.

But Mr Davies said there was “plenty of evidence” that support for farming, rural communities and food security would quickly dissolve if the UK was outside the EU.

“We have yet to see any clear evidence that key political players have done a U-turn over such policies,” he said.

NFU president Meurig Raymond has also questioned whether a post-EU-exit government would support British farming to the same extent as Brussels does now.

“During the last two CAP reforms, the UK Treasury has argued passionately to reduce the CAP spend and [asked] why we should have Pillar 1 support,” he said.

“So the experience over the past 15 years to me questions whether we would get that level of support from the Treasury.”