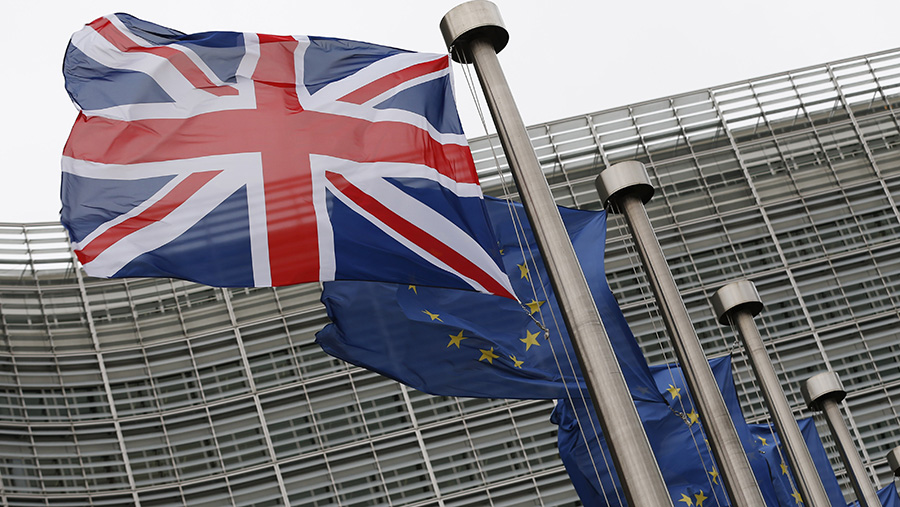 A vote to leave the EU could result in some farms going bankrupt, but leaving could offer long-term benefits to the farming industry, according to a leading agricultural economist.

Allan Buckwell, emeritus professor and former chief economist at the Country Land and Business Association, said a vote to leave would cause massive uncertainty and in the short-term greater hardship.

However, in the longer-term it could be a significant wake-up call to the UK agricultural industry and could encourage the take-up of technology and bring greater efficiency.

In perhaps the most detailed report written on the implications of a vote to leave the EU or “Brexit” so far, commissioned by the Worshipful Company of Farmers, Prof Buckwell said the most vulnerable farms would be those with grazing livestock or heavy borrowings.

The matters that would have the most impact on farmers was the shape of the UK’s trading relationship with the EU and with the rest of the world, and the post-Brexit UK agricultural policy put in place, said the report, published on Monday (8 February).

Whatever decision was taken about future trading arrangements with the EU, it was inevitable  there would be more customs controls, and thus higher trading costs, which could depress UK farm prices, it said.

And while it was likely that a UK government would continue with some direct payments to farmers – it was unknown for how long and with what conditions.

“UK domestic agricultural support will not be higher than now under the CAP, and could well be lower.”

However, over the longer term, processors and retailers would be keen to ensure continuity of supply and in time UK farmers would adjust, said the report.

In fact, leaving the EU could actually prove to bring beneficial long-term effects for the sector as a whole.

“Probably the greatest shock to UK farming will be in the 12 months following a ‘leave’ vote in the referendum,” said the report.

“Once the effects of this shock work through the system, and critically, depending on the intelligence and constructiveness of the policy debate which then follows, the longer run course of British agriculture could be a less precarious, resilient industry capable of dealing with the inevitable challenges it will continue to face not least from climate change.”

Concluding the report, Prof Buckwell said he expected the status quo would prevail and the UK would remain in the EU.

“However the referendum debate will expose, yet again, that current CAP is not well tuned to support environmentally sustainable and viable farming.

“The so-called ‘reformed EU’ will still have an insufficiently reformed agricultural policy.”

“There is a great deal of speculation about the trading relationship which the UK will seek with the EU. This is a complex area with a wide range of possibilities.

“However, the outcome is not simply a matter of UK choice. It will depend on what can be negotiated with the EU.”

“It is concluded that UK will not walk away overnight from direct payments to its farmers post-Brexit.

“Some form of such payments, paid from the UK Treasury will continue, but details at what rate, to whom, for how long and with what conditionality is not yet knowable.”

“Continental traders can be expected to be extremely vigilant that the UK is not seeking, through Brexit, to achieve competitive advantage by deregulating its domestic business whilst maintaining open access to the EU market.

“It would be most unwise of any business to consider that if the UK has left the EU then these regulations would no longer apply.”

“Brexit would be a significant wake-up call to the industry and perhaps catalyse change.

“Of course the best farmers are already alive to the benefits of precision and knowledge-intensive farming, but the tail in productivity performance in UK agriculture is still long.

“There is wide scope to improve the efficiency of use of fertilisers, crop protection products, energy and animal feed.”