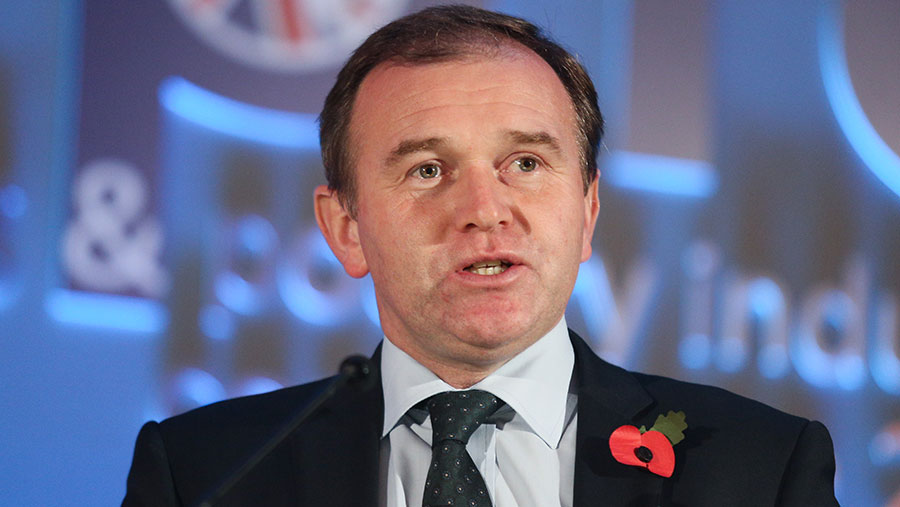 Defra minister George Eustice has conceded that a “big question” must be addressed over the future of farm policy in England, Scotland, Wales and Northern Ireland.

Giving evidence to a House of Lords inquiry examining the effects of Brexit, Mr Eustice said it had yet to be decided how much power the four countries should have to decide their own agricultural policy after the UK leaves the European Union.

At the moment, agriculture is a devolved issue. This means the four UK nations are free to decide their own farming policies – within the confines of the Common Agricultural Policy. But nothing has been decided for when the CAP no longer applies after Brexit.

One option is to let each devolved nation decide its own farm policy. But the UK government argues this must be within a UK-wide framework to avoid policies that give farmers in one UK nation an unfair advantage over farmers in another.

Asked how potential conflicts in agricultural policy between UK nations would be resolved, Mr Eustice said: “The final shape of this hasn’t been decided yet and there is clearly going to be a lot of discussion to be had with the devolved administrations about how we do it.”

In the meantime, said Mr Eustice, the government had made it clear that no decision-making powers currently held by the devolved administrations would be taken away – although this assurance was given within the context of the existing EU system.

The possibility that Scotland, Wales and Northern Ireland might be granted more or less control over agriculture within their own borders has become the subject of an increasingly bitter debate in recent weeks.

Last month, Scottish Conservative leader Ruth Davidson suggested it would be “foolhardy” to devolve all EU agriculture powers to Scotland after Brexit – prompting accusations that the UK government was preparing to ride roughshod over the wishes of the devolved nations for farming.

This week, the Farmers’ Union of Wales (FUW) said it feared divisions between the devolved governments may be growing.

Agriculture varied in importance in each of the four UK nations and any UK agricultural framework must respect devolution, it said.

FUW managing director Alan Davies said: “If there is an imposed agri-framework, then that would be England centric.We must get all nations to agree to a UK framework, which prevents unfair competition between devolved regions.”

He added: “Agriculture in the UK and in Wales has to be profitable and sustainable and the important role family farms play in making the wheels of the rural economy go round have to be recognised. We must recognise that Wales is not the same as England.”